Unsung Hero of Our Youth

I think we all owe a debt of gratitude to an unsung hero of 1980’s science fiction and television.  His is a face that we grew up with, but probably never thought much of.  I’m talking about Judson Earney Scott.  Who you ask?  I’m not surprised.  Until I sat down to type this, I didn’t know his name either.  However, this photo should immediately help you remember this actor. 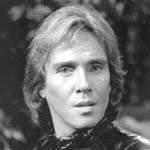 I have no doubt you recognize him.  However, do you realize just how many times his face graced our entertainment screens?  Especially in geek-related shows/movies?  Below is a listing of many of his appearances.  For a complete list, visit his IMDB page.  Judson Earney Scott in the 1980s:

I’m sure you are remembering some of his appearances by now.  I distinctly remember him in several of these shows.  Typically he played the bad guy of the week.  He always looked and carried himself like a total bad ass, even though you knew the good guys would eventually get the best of him.  I find it interesting that he could always pull off the long hair, regardless of the situation.  He was definitely cool.

What inspired me to write this post was something that happened the other night.  As some of you know, recently I’ve been watching “V: The Series” on DVD.  In an episode I watched the other night Judson Earney Scott made his first appearance on the show.  I didn’t know it was coming and found myself thinking, “Oh yeah, the resistance is in for it now, Mr. Bad Ass has arrived.”  That’s when I realized that I had grown up seeing this guys face, always thought he was a cool bad guy, but didn’t know his name.

With that said, I think we should all reflect back on our youth and remember Judson Earney Scott as one of the integral pieces of our geeky upbringing.

Here’s hoping that he appears in more geek related shows and movies in the future!

5 thoughts on “Unsung Hero of Our Youth”