Long time readers of ONCE UPON A GEEK may remember that I’m a big fan of the 1980s phenom “V” (click here for other “V” related posts).  On Tuesday ABC released two clips from their upcoming “V” reimagining.

ABC’s remake of the 1980s miniseries “V” currently has been ordered for 13 episodes.  However it could consist of four seasons planned in advance, each with 13-22 episodes, according to ABC entertainment president Steve McPherson. The two clips below star Scott Wolf (Party of Five) and Morena Baccarin (Firefly). Wolf plays a journalist while Baccarin plays the alien leader.  Sadly their names are not Mike Donovan and Diana.

Looks pretty good!  However, will it be good enough to generate a spin-off as totally awesome as this? 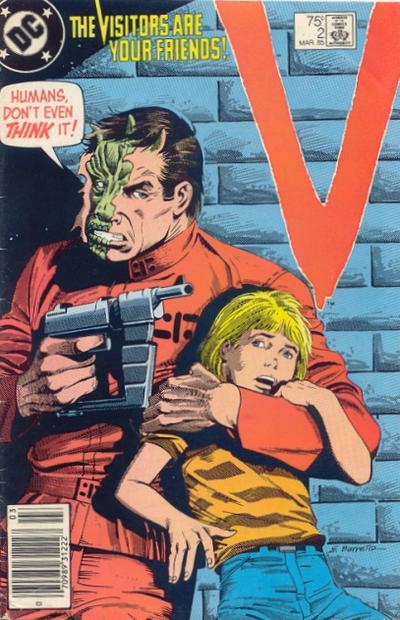 My thanks to Ed for posting these videos over at THE UNIQUE GEEK listserv.