Just thought I would share some of the geeky Christmas ornaments that adorn our tree.

I love the Spider-Man ornament below.  It’s got great detailing and the webs in each hand are cool! 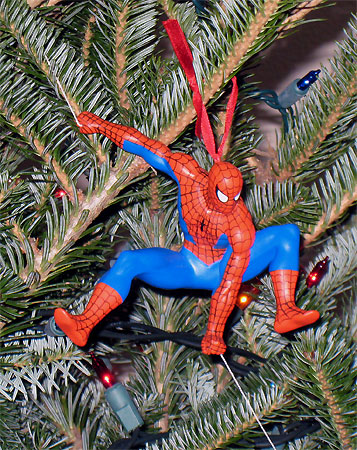 Below is a cute Santa-Spidey! 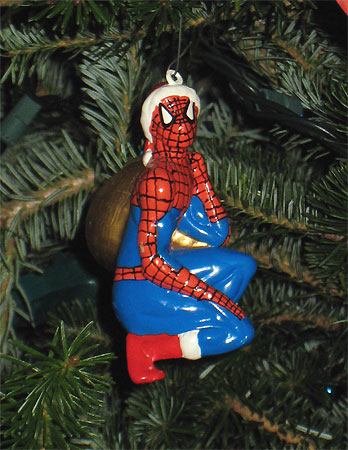 You can find a nice Scooby-Doo Mystery Machine below, complete with rolling wheels, Christmas tree on top, and Scooby in bas-relief. 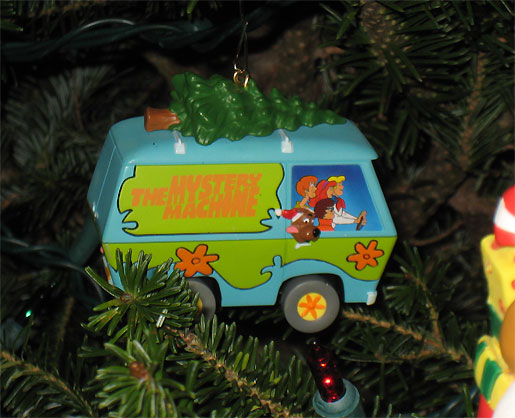 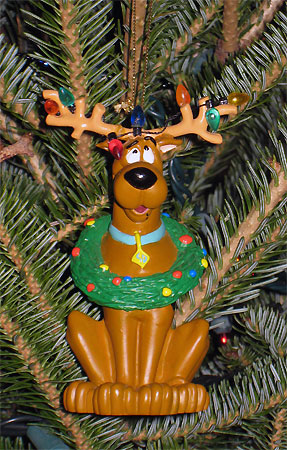 Scooby baking Christmas cookies in the shape of himself and Shaggy! 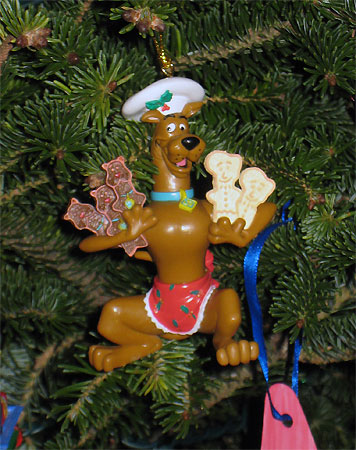 Below is a miniaturized replica of a Scooby-Doo metal lunchbox.  Unfortunately, my three year old daughter has pilfered the thermos that went with it. 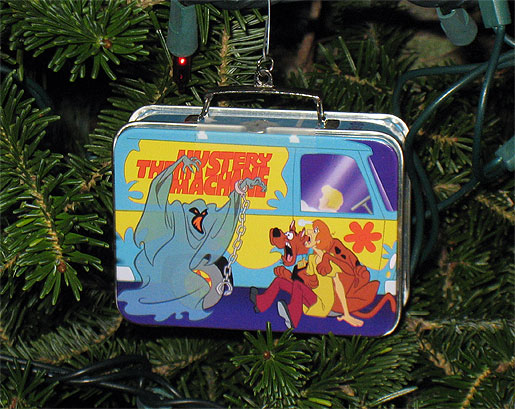 Below is an interesting Batman and Robin pairing.  Robin is clearly the Tim Drake Robin, but Batman isn’t wearing blue trunks.  That suggests this is the Batman from shortly after the Troika storyline in 1995.  … Wow, it’s scary I know things like that. 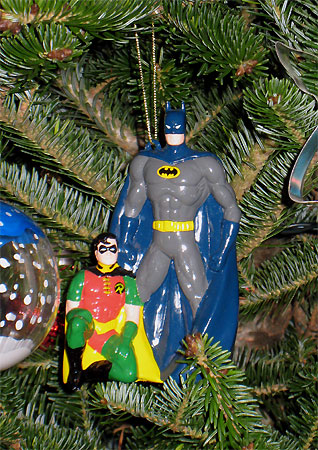 Here is a genuine E.T. The Extra-Terrestrial ornament from 1982.  Somehow I’ve managed to hang on to it all this time. 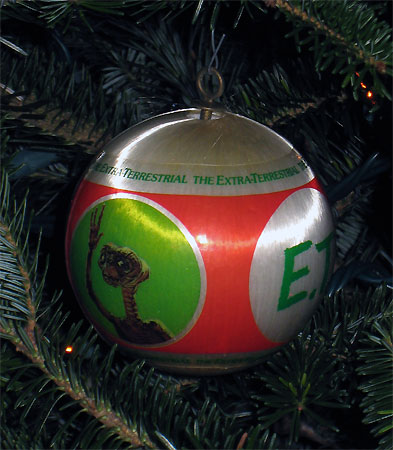 Here is another E.T. ornament from 1982 I’ve somehow managed not to lose.  This one is handmade.  I believe my mother bought it at a craft show in 1982. 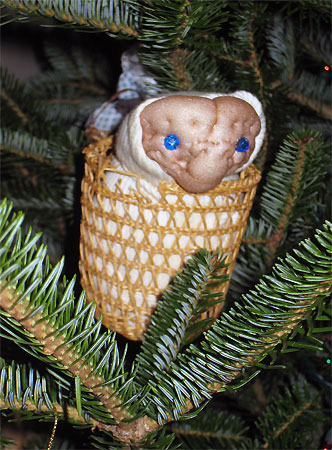 Below is another miniaturized replica metal lunchbox.  This time it’s from the Super Friends, including images of Flash, Batgirl, Green Arrow, Superman, Wonder Woman, Batman, Robin, Hawkman, and Green Lantern.  The thermos features Catwoman, the Joker, and the Riddler.  Oddly enough I don’t believe Batgirl or Green Arrow ever appeared on the Super Friends show, and yet they made the lunch box.  Weird. 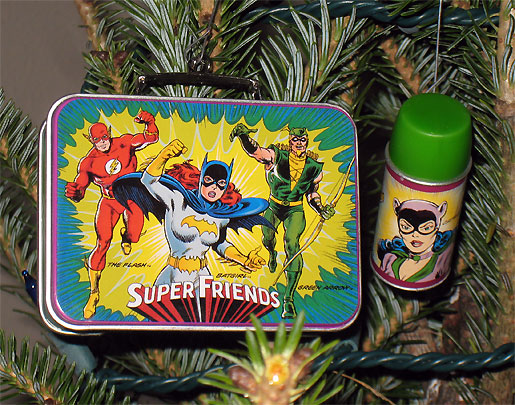 Below the likeness of Barry Allen, The Flash, is captured between the seconds as he races to beat 20 years of continuity and come back from the dead. 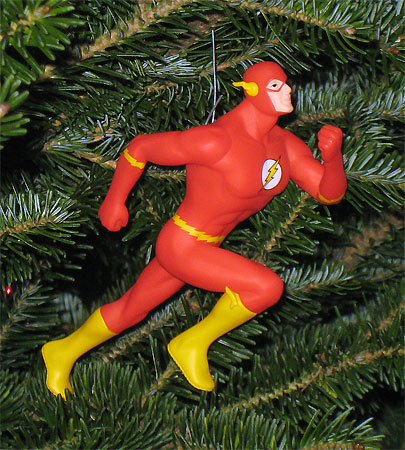 Superman from the Animated Series is delivering Christmas toys in this cool ornament below. 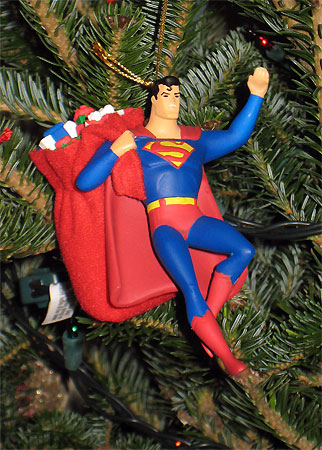 Another miniature replica metal lunchbox below.  This time it’s a Superman lunchbox paying homage to the cover of Action Comics #1. 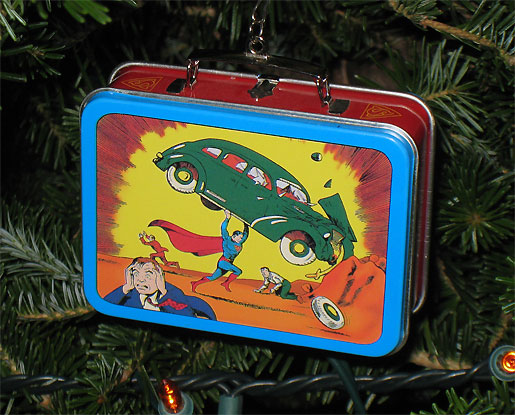 Below is a clever Clark Kent ornament.  Notice the detail of the coat hanger and the jacket.  Nicely done! 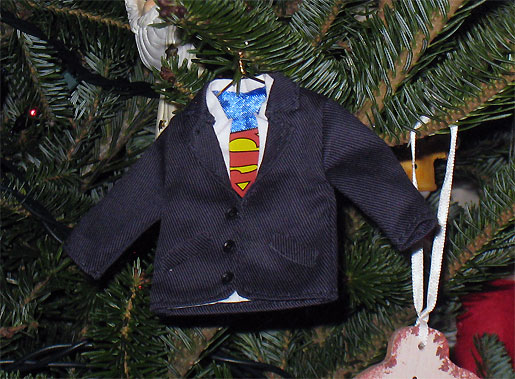 Finally, my favorite geek ornament… Super Santa!  Another gift from my mother from my childhood.  I like the crossover between Superman and Santa Claus. 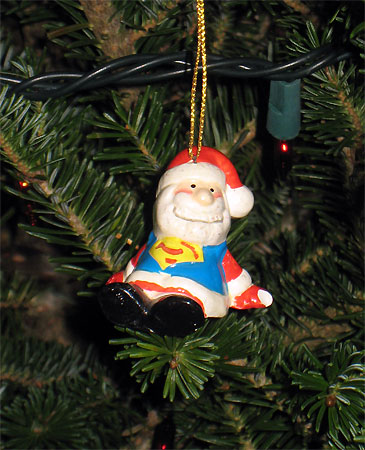