Will the iPad Change the World? Yes and No 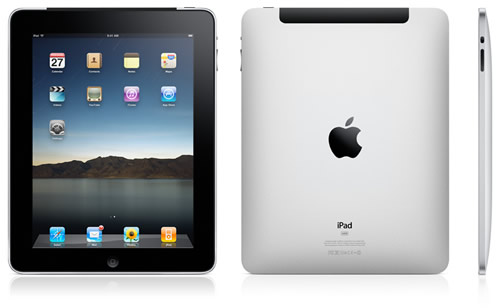 The upcoming release of the Apple iPad on April 3 has generated a lot of debate amongst geeks and non-geeks.  I’ve found myself in conversations with both groups recently where the same questions have come up.  “Who is the target market?”  “Why would I want one?”  “Why is it such a big deal?”  Well, I’ll attempt to explain how I think the iPad is going to affect our lives and why you’re going to want one (or a similar product).

Where our world is heading

Whether we like it or not, our world is going digital.  Many of us old fogies are sticking our heads in the sand and clinging desperately to our paper and discs.  Meanwhile, the rest of the world is starting to go paperless and digital.  It’s a reality and it’s already happening.  If you work in an office setting, how many times have you heard someone talk about “going paperless?”  If not, then just think about the last time you visited the doctor.  More than likely, the doctor didn’t reference a paper chart, he used a computer.  Magazine and newspaper sales are at an all-time low because people are getting their information digitally nowadays.  Compact Disc sales are way down thanks to the popularity of MP3 players and digital download.  Video rental shops all over the country are closing down as digital and on-demand services (like Netflix) grow in popularity.  Digital book readers (like the Kindle) were the hottest-selling Christmas gift last year.  While us old fogies have a hard time imagining a paperless world, the next generation has no problem imagining it at all.  They’re anxious for it.

With all this varied digital media (books, photographs, music, TV shows, movies, maps, newspapers, and more), people are going to be looking for a convenient all-in-one player they can take on-the-go.  Sure there are laptops and Smart Phones that can accomplish all of this already.  However, when it comes to visual media (i.e. movies, pictures, books, web surfing) many people aren’t happy viewing them on the Smart Phone miniature screens (all of which are 3.7 inches or smaller).  Many laptops also have small screens.  For example, the netbook I’m typing on right now has a 9 inch screen, but if you measure just the height it’s only 4.5 inches tall.  That makes it somewhat challenging to comfortably read a document that is vertically-orientated.  Additionally, many people aren’t willing to carry their laptop around everywhere because it’s often bulky and time-consuming (i.e. you gotta boot up the machine, navigate with a touchpad or mouse, wait for programs to open, etc.).  People don’t carry laptops around just in case they want to show off pictures of their kids.

So the solution sounds like an easy-to-use, all-in-one device with a reasonably-sized screen to handle all your multimedia.  Hmmm… 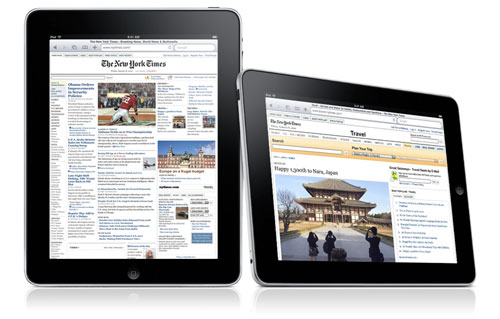 So what does the iPad do?

According to Apple, the iPad is the best way to experience the web, e-mail, photos, and video.  Standard applications will let you surf the web, check your e-mail (including an expansive onscreen keyboard), manage and view your photos, watch videos in high-resolution, use it as a MP3 player, read digital books, use Google Maps, take notes, manage your calendar and contacts, play games, and purchase up to 150,000 other applications.

The size is 9.5 inches by 7.5 inches, a thickness of 0.5 inches, and a weight of about 1.5 pounds.  The viewable screen is 9.7 inches (diagonal), it’s touch screen operated, and screen orientation rotates depending upon how you are holding it.  The battery life is up to 10 hours.  It’s sort of like a giant iTouch (essentially an iPhone without the telephone part).  Click here to read all the features of the iPad on the Apple website.

Check out the 30 second commercial below to see some of the capabilities.

Wow.  I’m not a Mac guy, but I gotta say that’s a sexy looking machine!

The iPad isn’t the only option out there

It’s important to point out that the iPad isn’t the only product like this coming out in the near future.  In fact, some estimate there will be as many as 50 iPad-like devices making their way to market this year.

There is no good term yet to generically describe all the devices similar to the iPad.  Do we call them Pads, Tablets, or something else?  Going forward, I’m going to refer to these devices generically as “PADDs”.  For the Trekkers reading, you’ll recognize that as the term for the Star Trek datapads.  They were ahead of their time, dude.  I think Apple owes Roddenberry’s estate some money for the idea.

Another reason I’m going to use the term PADD going forward is so that I stop sounding like an iPad commercial.  Geez.

Why will the PADD format be successful?

I believe the PADD’s success will be based around: (1) the portability, (2) the viewable area and rotating orientation, and (3) the touch interface.

Above I established why people will be looking for an easy-to-use, all-in-one device with a reasonably-sized screen to handle all their multimedia.  The PADD format fits that need perfectly.  The viewable area and rotating orientation will be a huge driver of sales.  As we continue to go more and more paperless, people are going to need something to read their digital documents on.  People don’t want to read on tiny little screens.  We’re creatures of habit.  We’re used to reading books, magazines, and letters. PADD screens are somewhere between the size of a paperback and a hardback book.  That’s a decent size that’s comfortable to read.

Personally I don’t think the PADD will impact the MP3 market.  Even though the iPad will play music, I think the even-more-portable MP3 players will survive just fine.  Taking a PADD jogging so you can listen to music just doesn’t make sense given its size.  I think the PADD will establish it’s niche in visual-based media (i.e. books, photographs, TV shows, movies, maps, newspapers, etc), with music as an added bonus. 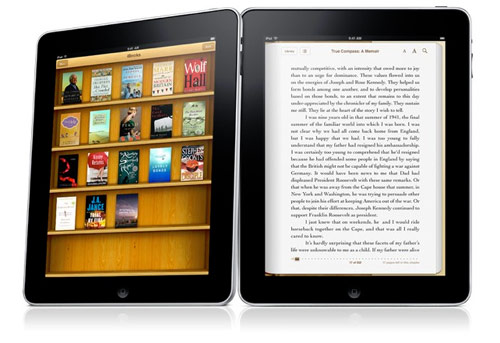 The iPad is going to sell very well initially.  Hundreds of thousands have already been pre-ordered.  It’s quite possible that Apple will sell more iPads in the first three months than it sold original iPhones in the same period.  Just like the iPhone did well in the war of the Smart Phones, it’s likely the iPad will do well in the war of the PADDs.  It’s possible a competing PADD will eventually outsell the iPad (especially with some of the reported iPad issues already, such as Flash), but it’s impossible to tell right now.

The current price of the iPad for the lowest-tier version is $499; the most expensive version is $829.  Those are some scary prices, but they won’t stay that high.  The iPhone started at $599, but you can get one today for $99.  It’s just a matter of time until the price of the iPad drops to a more reasonable level.

Some people argue that the PADD format won’t do well in the long run based upon the history of Tablet PC sales.  Tablet PCs have been around for a long time, but they never really took off.  The iPad is more user-friendly than a Tablet PC and Apple has the marketing to make the iPad desirable to potential buyers.  The success of the iPad will open the door to allow competing PADDs to be successful as well.

I’ve heard lots of people argue, “Why would someone buy an iPad when a laptop does more and is about the same price?”  The fact is that most people want their devices simple.  Look at the success of the Netbook.  It’s a laptop, but with some reduced capability.  Sales show that people don’t mind buying a device with less capability if it does everything they want it to do.  The PADD isn’t intended to replace your personal computer.  It’s intended to be your all-in-one multimedia device.  While the PADD will eventually have many standard computer applications (like word processing and spreadsheets), I think most people will still use it primarily for multimedia and web surfing.  It will do everything people want it to do, so they’ll will be willing to pay for it.

Will the iPad change the world?

Paper won’t go away completely.  Printed books will become more of a luxury, as opposed to the primary way to read.  I do expect that the continued move to paperless, combined with the success of the PADD format, will be the final coffin nail for the newspaper and magazine industries.  They may find someway to survive, but I seriously doubt they’ll exist as they do today. 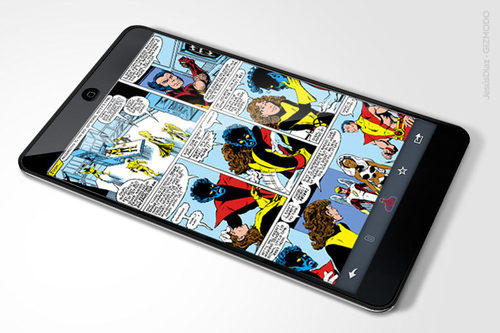 Just to get a bit more geek, this is going to change the comic book industry forever.  Seriously.  Regular printed comic books will be a thing of the past.  You’ll still find kids comics and trade paperbacks, but the slew of monthly titles from Marvel and DC will be available digitally rather than in print.

It’ll be a while before the PADD format becomes commonplace.  They’ll need to work out all the bugs and drop the price to a more reasonable amount.  It’ll take time, but it will happen.

My thanks to THE UNIQUE GEEK listserv for all the fantastic debate about the iPad and PADD format.

11 thoughts on “Will the iPad Change the World? Yes and No”