Here is something to ruin your day.  DC Comics announced that Judd Winick has been promoted to Editor-in-Chief.  You may recall that back in February Dan DiDio was promoted to Co-Publisher of DC Comics.  Well, this left an opening in the Editor-in-Chief position.  Here is the announcement from the DC Universe: The Source blog:

Judd Winick to Serve as Editor-in-Chief of DC Comics

(New York, NY and Burbank, CA) DC Entertainment, founded in September 2009 to unleash the power of the DC Comics library of characters across all media platforms, has named the final member of the newly-established executive team.  Judd Winick, who has been named Editor-in-Chief of DC Comics, joins Jim Lee and Dan DiDio, Co-Publishers of DC Comics, and Geoff Johns, Chief Creative Officer of DC Entertainment.  Diane Nelson, President, DC Entertainment, made the announcement.

“With the addition of Judd Winick, DC Entertainment’s new creative ‘dream team’ is complete,” said Nelson. “This announcement continues and underscores DC’s legacy as the ultimate destination for creators. We’ll benefit enormously from the experience Judd brings to the table, while re-energizing the direction and focus of the company. I’m excited and honored to have Judd, along with the rest of the executive team, with me at the helm of DC Entertainment.”

Judd Winick is a comic book and comic strip writer/artist known for his work on such comic books as Green Lantern, Green Arrow, Outsiders, and Pedro and Me, as well as his 1994 stint on MTV’s The Real World: San Francisco.  Winick’s most recent writing credits include: Batman, Titans, The Trials of Shazam, as well as upcoming issues of Power Girl and Justice League: Generation Lost.

The article continues including quotes from Dan DiDio, Geoff Johns, and Jim Lee.  Lee also did the quick sketch below (poking some fun at Judd’s The Real World days) to commemorate the new appointment. 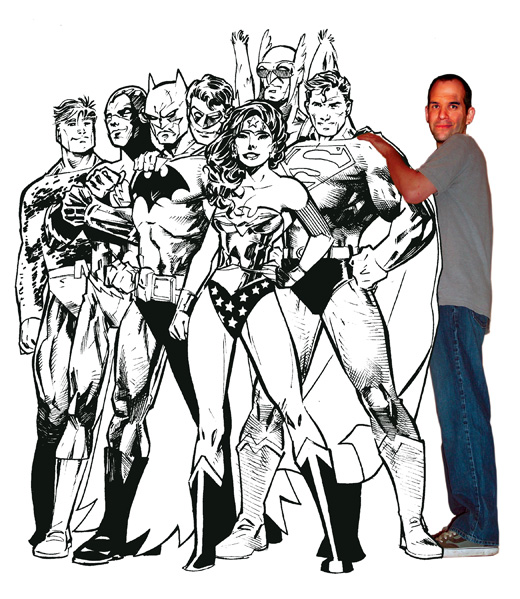 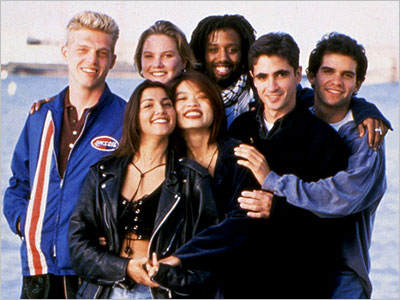 Apparently this announcement was timed to coincide with the release of Blackest Night #8, and therefore kick-off DC’s Brightest Day campaign.  Are they out of their friggin’ minds?!?!?  Judd Winick as Editor-in-Chief is anything but the beginning of DC’s Brightest Day in my opinion.  For me he ruined the Green Arrow monthly title (and nearly Black Canary with it), almost killed the Titans franchise, and brought back a character that should have remained dead forever (Jason Todd).  I was depressed enough that he’ll soon be writing Power Girl and the JLI.  Now he’s got creative control over all of DC’s characters.

So DC is giving Winick the keys to the kingdom.  I’ve always felt that Winick’s writing was as predictable as the rising sun.  As Editor-in-Chief, does this mean he’ll encourage his writers to include the same played-out story tropes he always includes?  Maybe we should expect to see more of:

I can just imagine Judd reaching back to his TV roots and giving us a new “reality show” comic: Find out what happens… when superheroes stop being polite… and start getting real.  The Real World: Justice League. Yuck!

Judd Winick’s appointment has the fan community buzzing. Here are a few places discussing the issue: