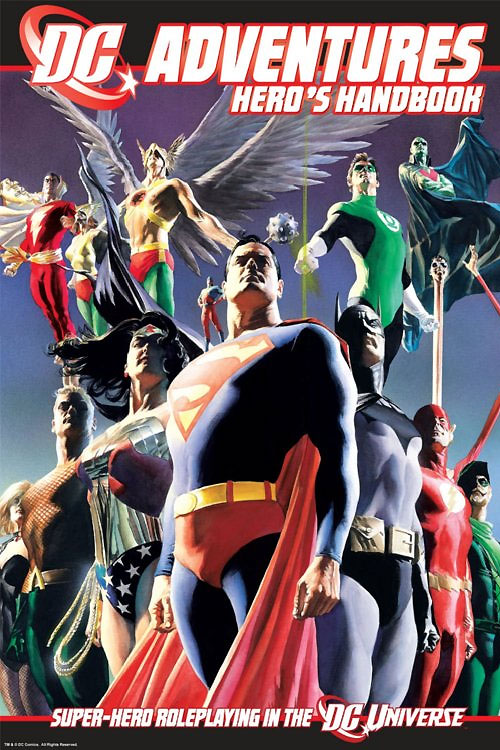 Back on May 3rd, Green Ronin announced they’re working on a DC Comics roleplaying game based upon their Mutants & Masterminds system.  Here is a snippet from the press release:

Green Ronin Publishing announced today that it has signed a licensing agreement with DC Comics and will be releasing the DC ADVENTURES RPG book this August. The game is based on Green Ronin’s Mutants & Masterminds, the leading super-hero RPG in the tabletop gaming world.

“It is DC’s 75th anniversary this year and I’m delighted we can help celebrate it by bringing the DC Universe back to the roleplaying hobby,” said Green Ronin President Chris Pramas. “The team-up of the DCU and the creators behind Mutants & Masterminds will create an unstoppable force of great gaming!”

Since then, Green Ronin has been running a Design Journal blog.  If you are interested in this game, this blog is definitely worth reading.  They’ve already revealed the Power Levels of the big heroes and villains (posted below just to cause some argument amongst the geeks).

You can pre-order two of these books, Hero’s Handbook and Heroes & Villains vol 1, from most local comic book shops or Amazon.com.  Can’t wait to get this game in August!  Anyone else thinking about getting this game?