1987 at DC Comics: Green Arrow and the Young All-Stars

We’re continuing our week-long look at old advertisements for DC Comics that began their run in 1987.  What a great year 1987 was for DC Comics! So far this week we’ve looked at the Justice League, Dr. Fate, Amethyst, Suicide Squad, Checkmate, and Doom Patrol.  Today we’re shooting straight for victory with Green Arrow and the Young All-Stars!

Below you’ll find the ad for Green Arrow: The Longbow Hunters by Mike Grell and Lurene Haines.   This was a great comic!  Green Arrow went gritty, trading in his trick arrows for traditional pointy ones.  Sadly, this series also marked a huge change for Black Canary.  She was tortured and her vocal chords mutilated to the point where she lost her Canary Cry.  Even with such tragedy, the story was strong and to this day sticks out as one of the best Green Arrow comics.  The series proved popular enough that DC Comics launched the first ever Green Arrow ongoing series, also written by Grell. 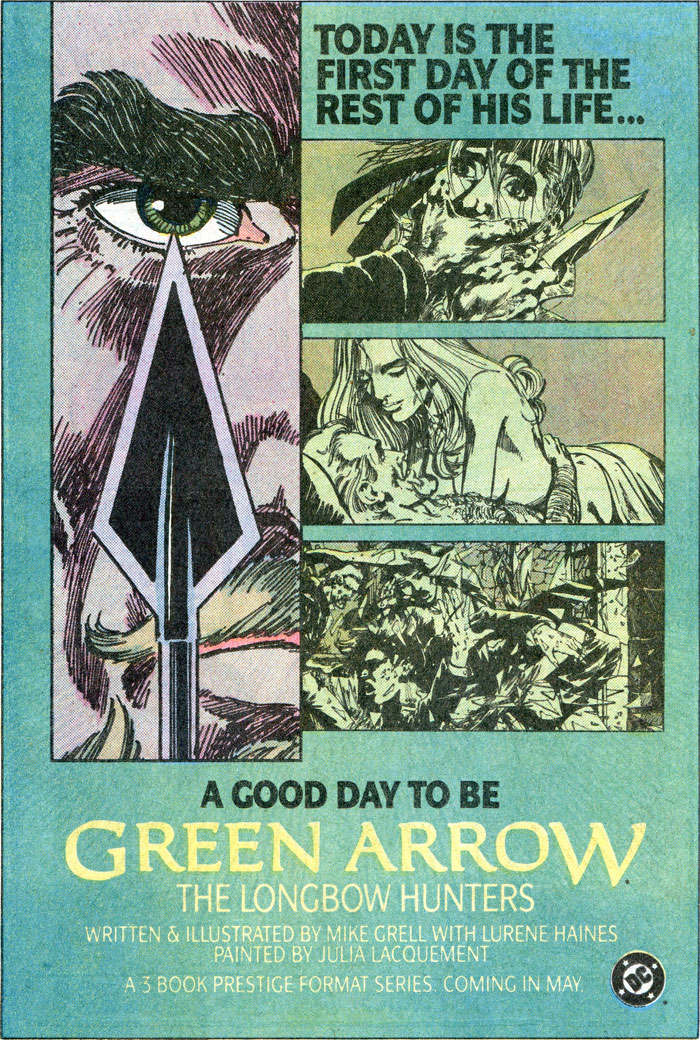 Here is the cover to Green Arrow: The Longbow Hunters #1 by Mike Grell.  This mini-series premiered in May 1987. 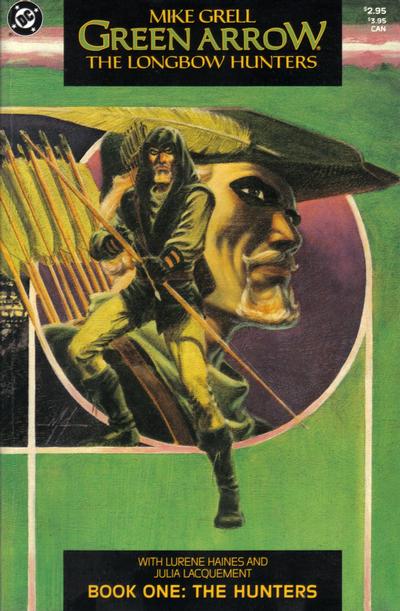 As mentioned before, the popularity of the Longbow Hunters mini-series resulted in the first ever Green Arrow ongoing series.  Here is the advertisement promoting the monthly title Green Arrow by Mike Grell, Ed Hannigan, and Dick Giordano.  Interesting to note this book was suggested for mature readers.  I enjoyed this series, but it seemed to me every issue featured a scene of Ollie and Dinah being interrupted during sex.  Maybe that was to justify the mature readers label. 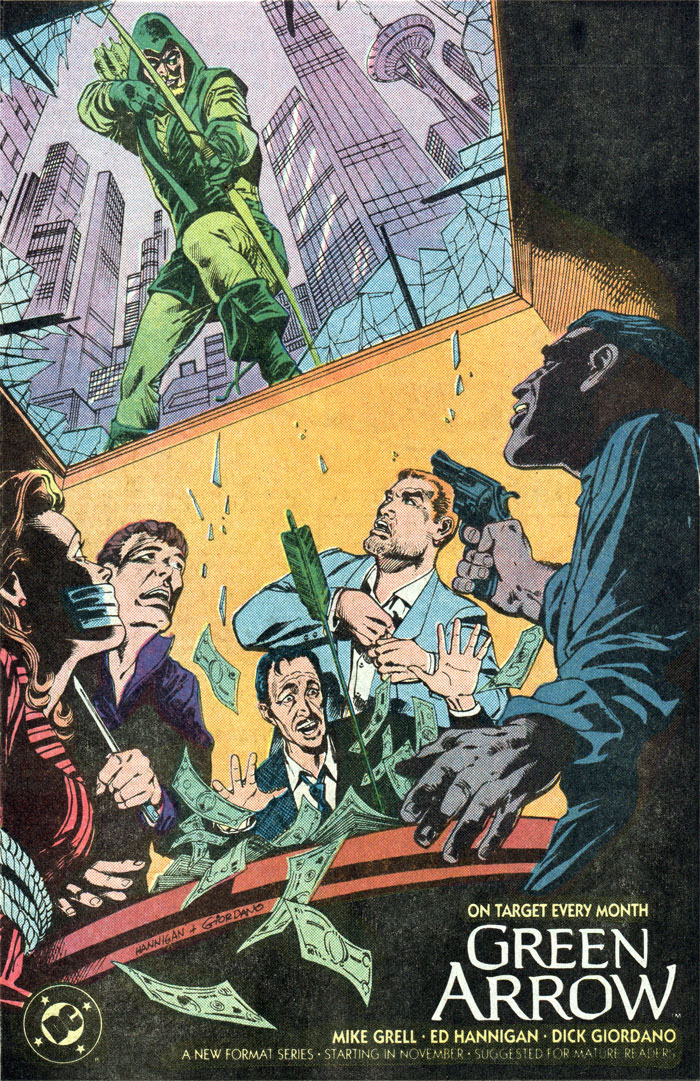 Here is the cover to Green Arrow #1 by Mike Grell. This series premiered in November 1987. 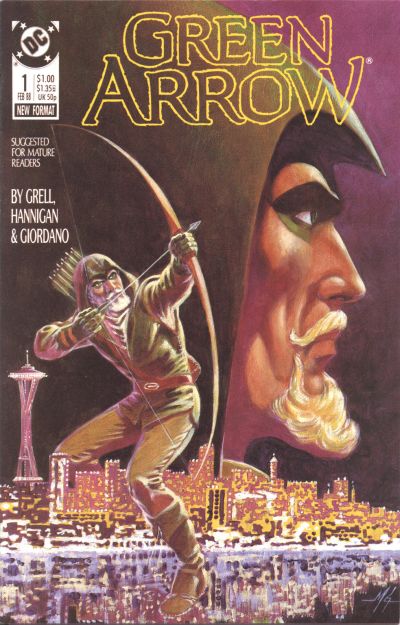 Here is the super-cool cover to Young All-Stars #1 by Brian Murray.  The covers to the first six issues all featured a similar frame, with the center piece highlighting a different member of the team each issue.  This series premiered in March 1987.  Man I loved this comic! 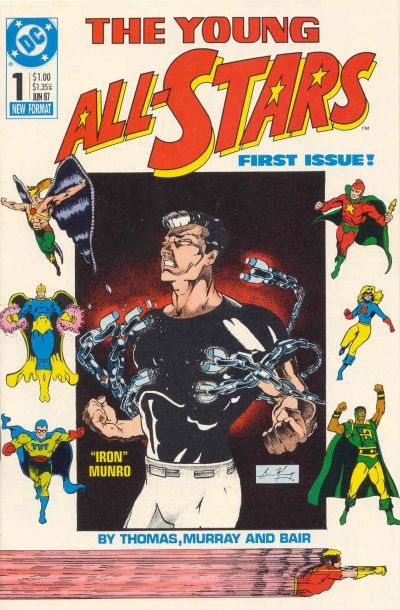 4 thoughts on “1987 at DC Comics: Green Arrow and the Young All-Stars”