As I wrote earlier this week, Malibu’s Ultraverse was full of creativity and energy.  I’ve come across an issue entitled Ultraverse Origins that was published eight months after the Ultraverse line launched.  This book contains some good, succinct origin tales for many of the characters.  Today I’m presenting just a handful of these origin stories.

Below is the origin of Prototype written by Tom Mason & Len Strazewski, drawn by Dan Jurgens and Terry Austin.  Click the image to enlarge. 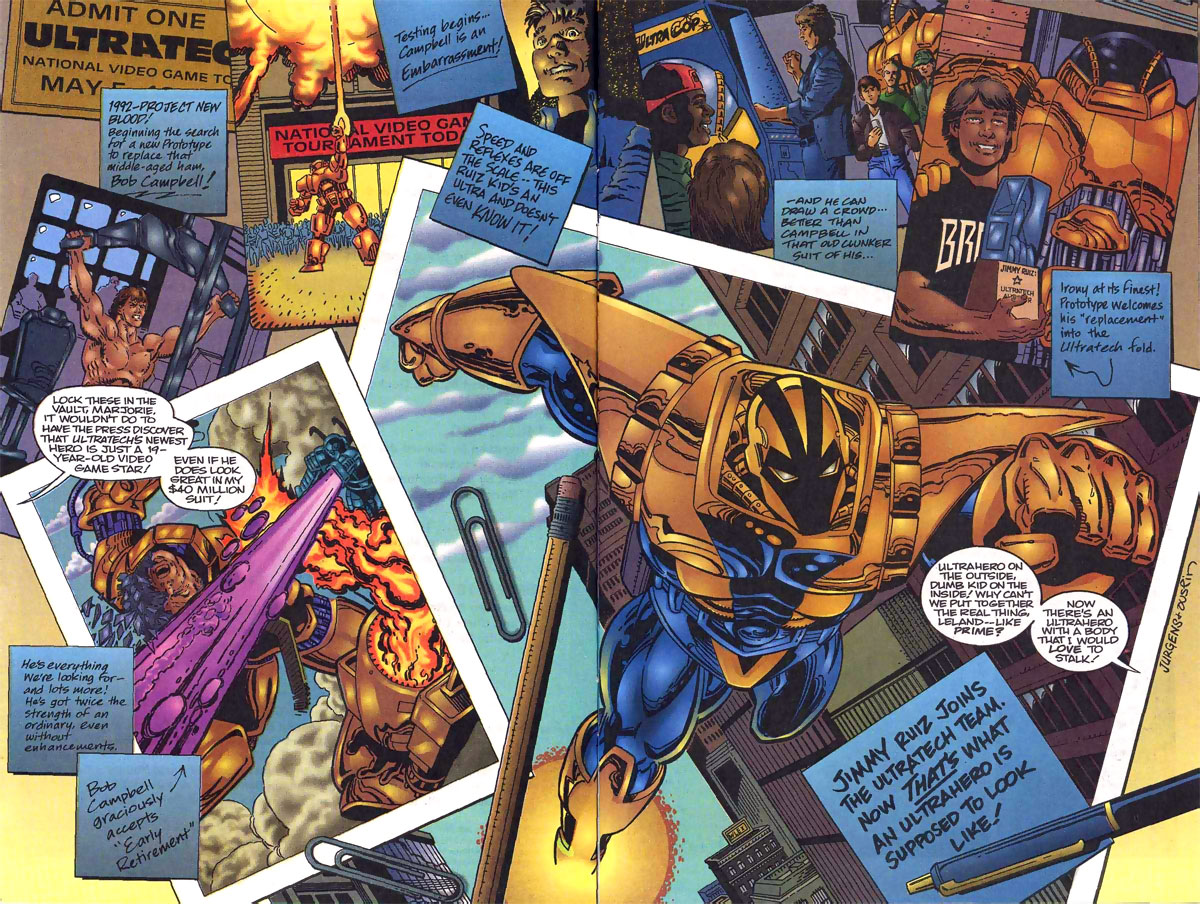 Below you’ll find the two page origin of Freex written by Gerard Jones and drawn by Walt Simonson. 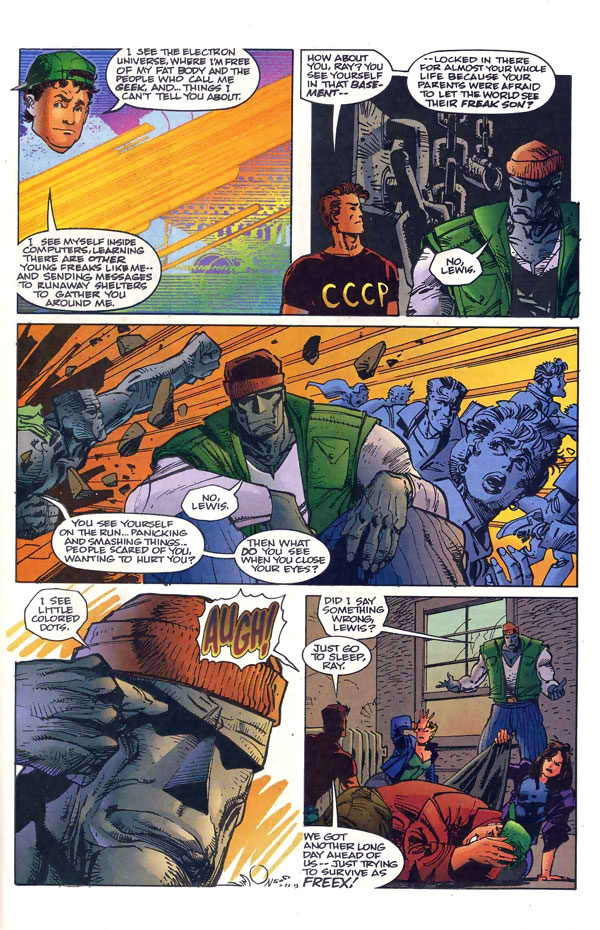 Below you’ll find the two page origin of The Night Man written by Steve Englehart and drawn by Kevin Maguire.  Long time Ultraverse fans will recognize the cable car and the connection with the Strangers origin. 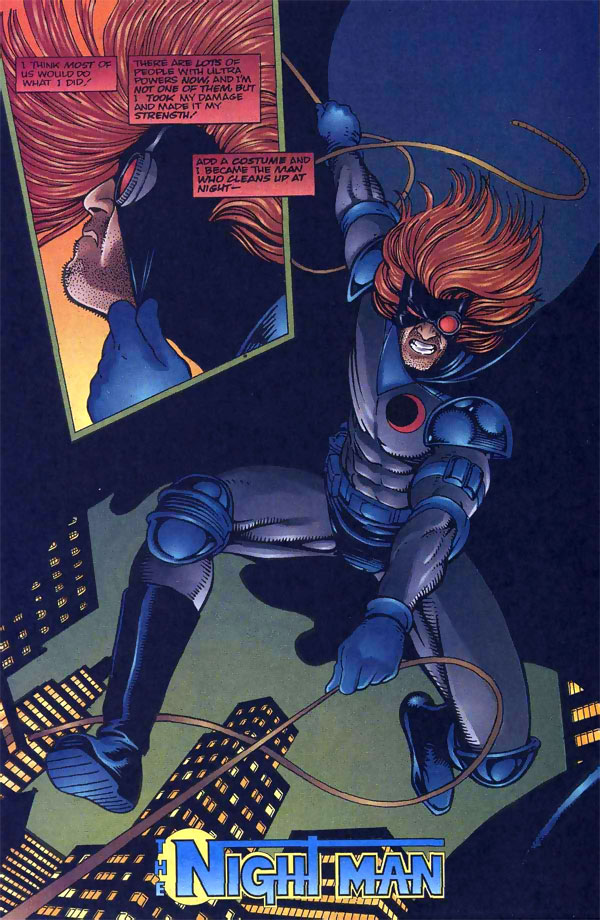 Below you’ll find the two page origin of Firearm written by James Robinson and drawn by Howard Chaykin.  This series was really Robinson’s practice run for Starman.  A good example is the way the lead character, Alec Swan, carries on about Santa Monica.  It’s very similar to the way Jack Knight thought of Opal City.  Don’t get me wrong, I’m not knocking Firearm, I’m just saying you can see some similarities. 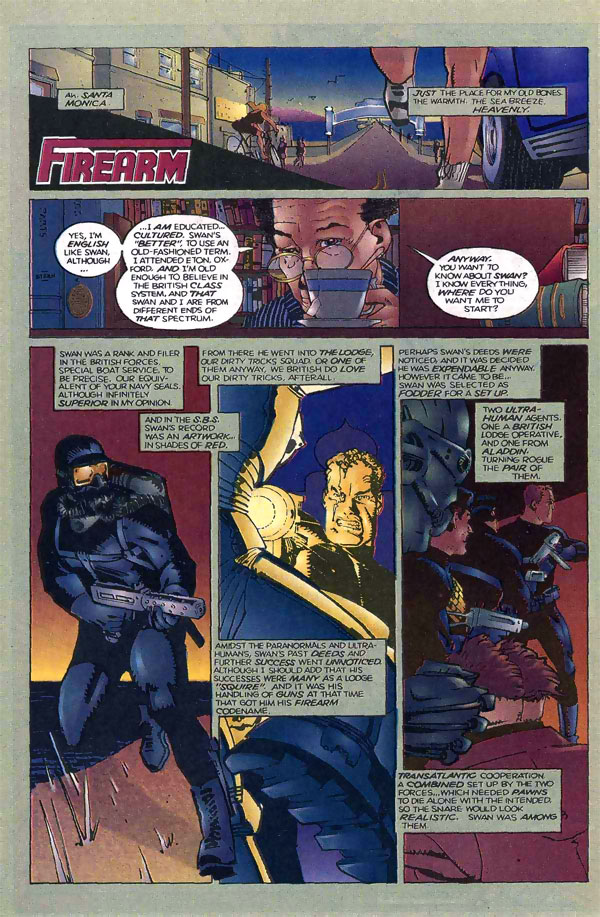 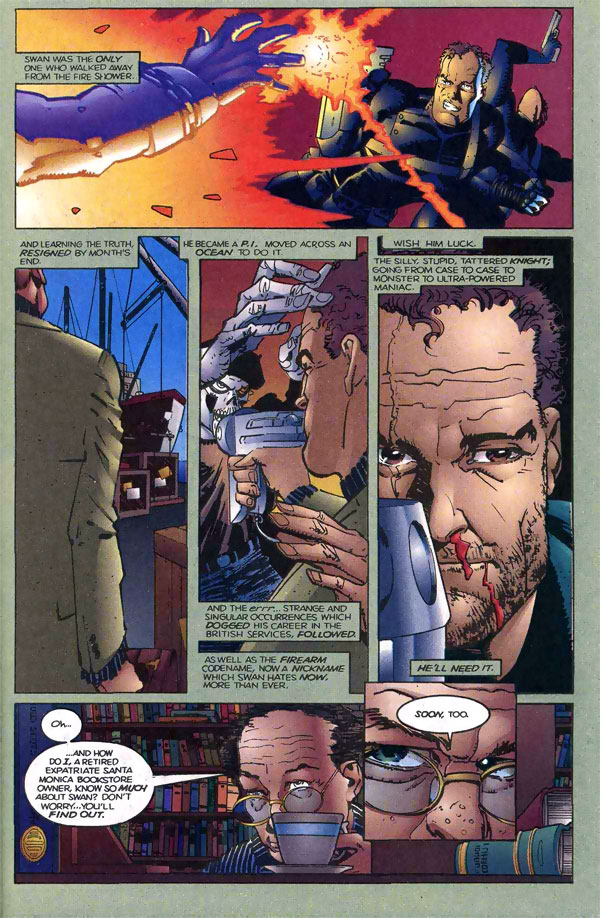 So have I convinced you to seek out some Ultraverse comics yet?