Maybe everyone else has already discovered this show, but I just fell in love with Better Off Ted.  It’s friggin’ hilarious! 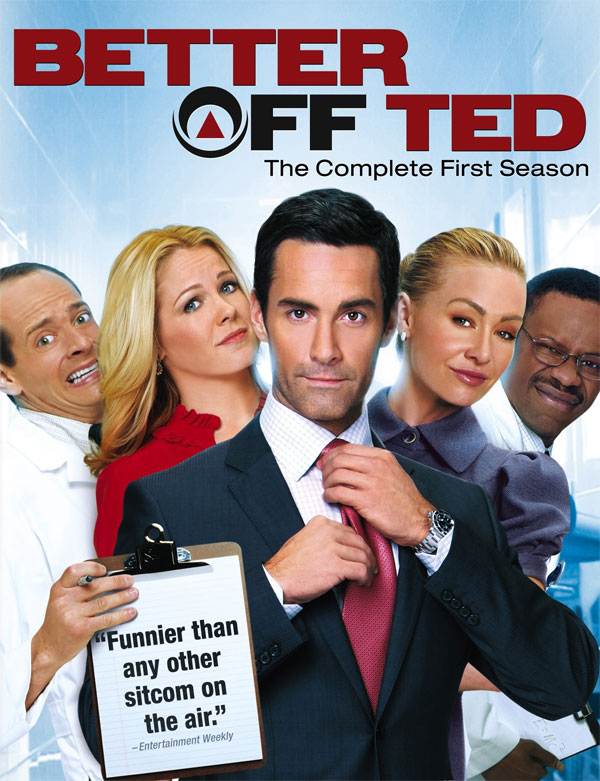 It ran on ABC for two seasons and is now available on DVD and Netflix Instant.  It’s technically a sitcom, but the writing is extremely sharp and clever, the actors are fantastic, and the production values are high.  It has lots of office humor, mixed with a little mad science. It’s about the product development department for a stereotypical major corporation (meaning moneygrubbing and evil).  Veridian Dynamics motto is “Money Before People”, however, they publish it in Latin so it sounds fancy.  Each episode of the show features a Veridian commercial.  Here is a Veridian commercial and a two minutes teaser for the first episode…

If you can’t view the embedded video above, please click here.

It’s got lots of humor, fun characters, and some geeky science stuff.  Imagine combining The Office, Arrested Development, and Muppet Labs. That description probably isn’t spot-on, but it’s the best I could do.

Each episode is only 30 minutes, so giving it a try isn’t a huge investment.  Even my wife is hooked on the show! I highly recommend it for geeks!

5 thoughts on “Better Off Ted”