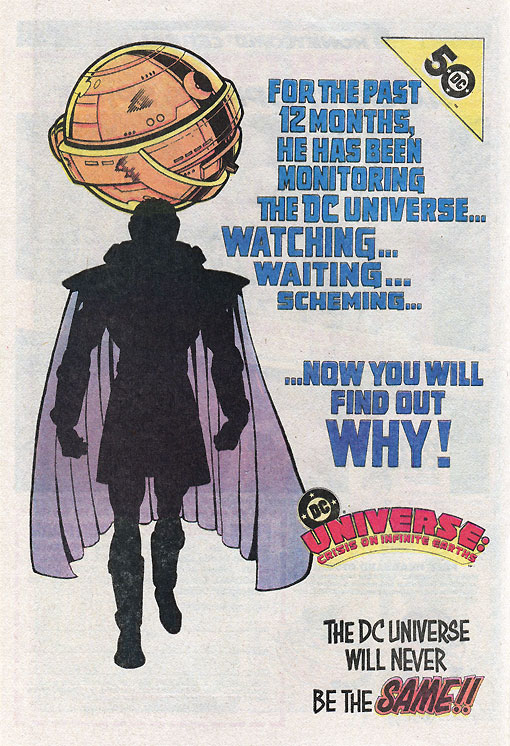 This advertisement ran in comics cover dated March 1985.  You can see the title promoted was UNIVERSE: CRISIS ON INFINITE EARTHS. As originally planned, it was to be a 10 issue series entitled HISTORY OF THE DC UNIVERSE.  It was quickly expanded to 12 issues and the name changed to what you see in the advertisement above.  Finally, the word UNIVERSE was dropped before #1 hit the stands a month after this ad ran.

Many modern-day fans of CRISIS don’t realize that the Monitor appeared in several DC comics the year leading up to CRISIS. He was initially a faceless character who supplied villains with equipment in order to test heroes for the Crisis ahead. As a result, the character was seen to be a villain himself and his real reasons were not revealed to the reader until CRISIS #1.

DC did a really good job building anticipation for CRISIS.  I remember reading about the Monitor in Firestorm and Blue Devil wondering just who this guy was.  It was neat to run across this advertisement while re-reading some old comics.