I love old comics!  I especially love old advertisements.  Maybe it’s nostalgia, maybe it’s my marketing background, or maybe I’m just getting old.  Regardless, I love seeing old ads for upcoming comics!  While reading a particular batch of old DC Comics, I was surprised at how many great titles were launched in 1987.  Seriously, it was a great year for new books at DC!  The Crisis had given DC a new starting point for lots of titles and they were just coming off the successful Legends mini-series.

Below you’ll find the ad for Justice League #1.  This title changed the team forever!  If you’ve been reading ONCE UPON A GEEK for a while, then you probably already know that I’m a big fan of this era.  In case you’re confused by the name changes, the series started as Justice League (#1-6), then became Justice League International (#7-25), and then changed again to Justice League America (#26-113). 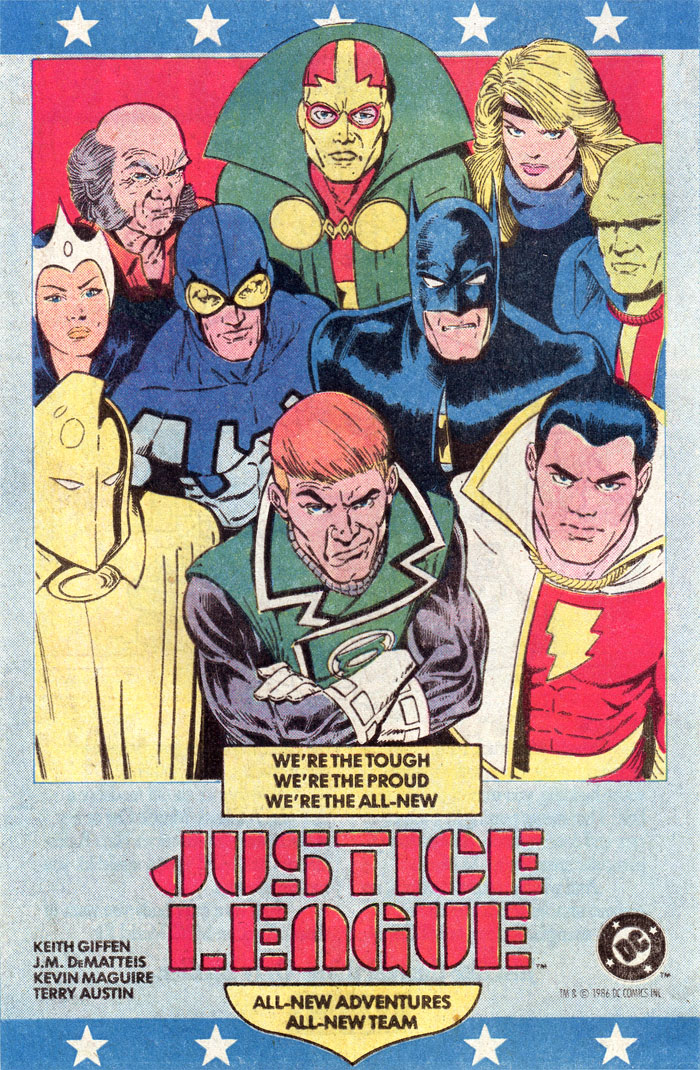 Here is the cover to Justice League #1.  Not that different from the ad really, but still fun to look at.  This series launched in February 1987. 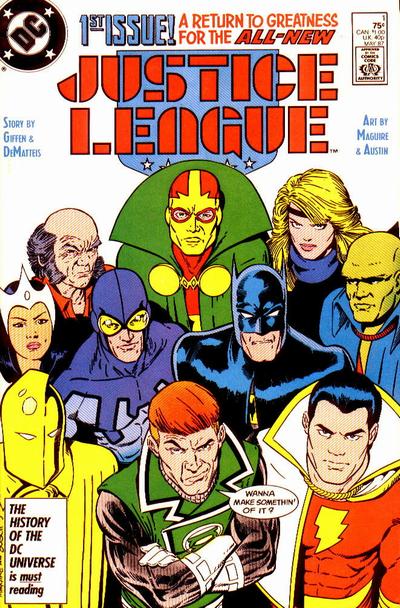 Next up is Dr. Fate, a four issue mini-series that redefined the good Doctor.  DeMatteis did the writing chores on this one while Giffen pencilled the book.  Again, if you’ve been reading this blog for a while, then you know I love me some Doctor Fate.  This series was a real shocker to long-time fans.  It was revealed that Doctor Fate was always intended to be a male and female joined as a composite being, but the magical entity living inside the helmet (Nabu) had prevented it.  Eric Strauss (aged to an adult by Nabu’s magic) and his step-mother Linda assumed the role as the new Doctor Fate.  This led into the ongoing Doctor Fate series that started in 1988. 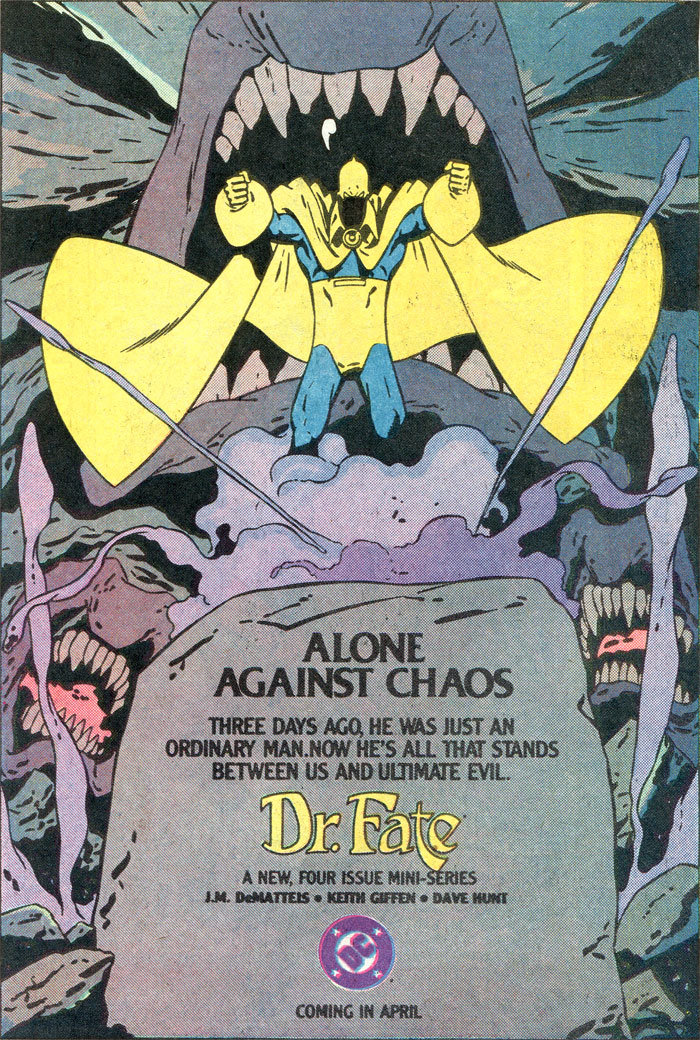 Here is the cover to Dr. Fate #1.  A little different from the ad, and a little more gross.  This mini-series launched in April 1987. 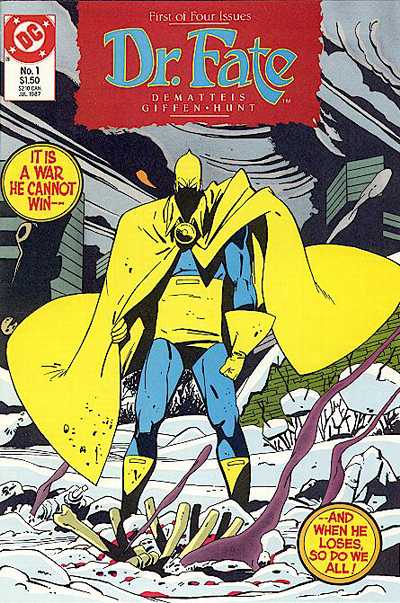 The last Giffen series for today is the Amethyst four issue mini-series.  This wasn’t Giffen’s first association with the character.  Both he and Mindy Newell had worked on the previous ongoing series in 1986.  The artist for this mini-series was the breathtaking Esteban Maroto.  This guy draws fantasy-based comics like no one else.  His work is gorgeous!  I never read this series and I’ve heard mixed reviews of it, however, I felt it deserved mention here.  And besides, any chance to show off Maroto’s artwork is fine with me.

Here is the cover to Amethyst #1.  Another beautiful Maroto piece.  This mini-series launched in August 1987. 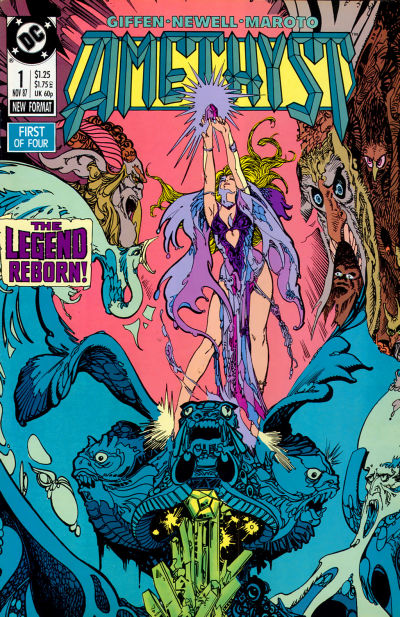