The Green Arrow figure below is from the DC Direct Hard Traveling Heroes line released back in 2000. They did a great job capturing Neal Adams’ Green Arrow.  The figure stands about six inches high and includes a boxing glove arrow, a drill arrow, and a handcuff arrow.  Love it!  Without a doubt this is my favorite Green Arrow action figure. 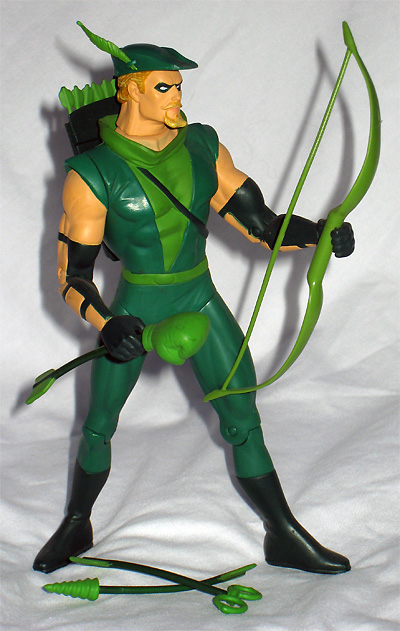 The classic Green Arrow action figure below came out in 1999.  It was in the DC Super Heroes Silver Age Collection, and was designed to emulate the classic Mego style.  He stands about nine inches tall.

The Connor Hawke Green Arrow figure below also came out in 1999 as part of the Total Justice line of action figures.  He stands nearly five inches tall.

The figure below isn’t really an action figure, it’s a posed PVC piece of Green Arrow.  It’s from the DC Direct Justice League of America PVC Set.  He stands about four inches high. 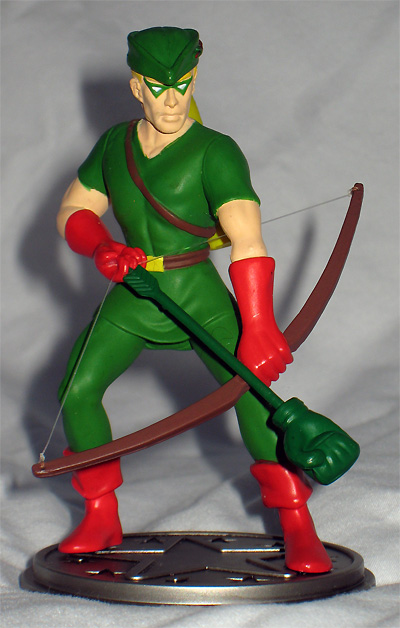 The final item below is a Heroclix of Green Arrow.  It stands nearly two inches high.  I purchased it in 2003 while at DragonCon and got Judd Winick to sign it (he was the writer of the Green Arrow comic).  In my own defense, I didn’t realize what a tool he was at the time.  It was actually during that convention when I realized it.  Cool looking Heroclix though. 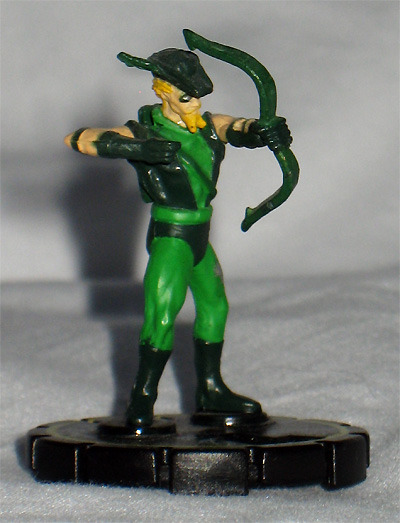 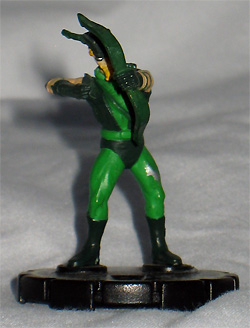 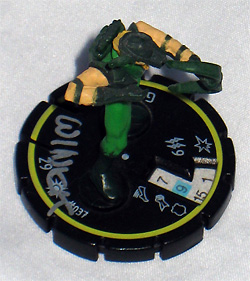