Tonight is Must See Shag TV

Tonight is officially “Must See Shag TV”!  Two of my all-time favorite superheroes are appearing on the small screen tonight!  Doctor Fate and Firestorm, two different TV shows, on the same night! What are the odds?!?!?!? 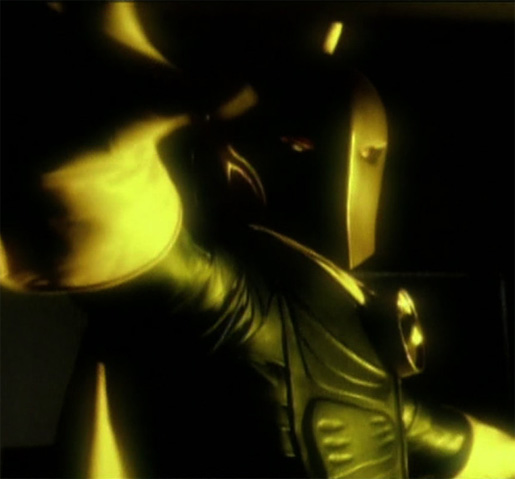 Doctor Fate is making his first live action appearance ever on Smallville tonight!  We’ve seen him in animation on Superman: The Animated Series and the Justice League cartoons, but never in the flesh.  I’m keeping my fingers crossed that we get to see some Ankh bolts tonight.   Click here to read an interview with actor Brent Stait on playing Doctor Fate in Smallville.   Here is a lengthy episode description:

A man named Sylvester Pemberton tracks down Chloe (Allison Mack) and tells her he knows about her team of superheroes and needs their help. However, before he can explain who he is, he is attacked and killed by Icicle (guest star Wesley Macinnes). Clark (Tom Welling) and Chloe’s (Allison Mack) investigation leads Clark to the former headquarters of the Justice Society of America where he meets up with Nelson AKA Dr. Fate (guest star Brent Stait), Carter Hall AKA Hawkman (guest star Michael Shanks) and Courtney AKA Star Girl (guest star Britt Irvin). Courtney pleads with Hawkman and Dr. Fate to help her catch the killer that is targeting their group but they are reluctant to resume their duties as superheroes. Clark, John Jones (guest star Phil Morris), Green Arrow (Justin Hartley) and Chloe team up to help the JSA stop Icicle before he murders another member of the group. Meanwhile, Lois (Erica Durance) receives a package from a mysterious agency called Checkmate, run by Amanda Waller (guest star Pam Grier). Geoff Johns wrote the two-hour episode. Glen Winters directed the first hour and Tom Welling directed the second hour.

My thanks to Luke over at the Hawkman blog (Being Carter Hall) for sending me tons of great information on Doctor Fate’s appearance on Smallville. 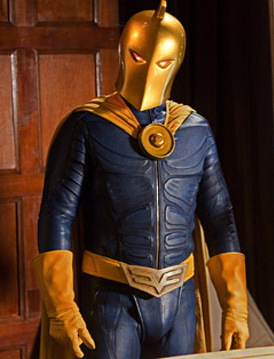 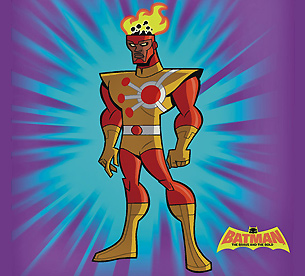 Firestorm finally returns to animation after nearly 25 years!  Firestorm was a regular on the last two seasons of the Super Friends in the mid-1980s.  Since then, he has been absent from our airwaves.  He didn’t even get a cameo in Justice League Unlimited.  Well tonight he returns in a big way on the animated series Batman: The Brave and the Bold.  Click here for an interview with Michael Jelenic, Producer and Story Editor for Batman: The Brave and the Bold, about Firestorm’s appearance on the show.  Here is the brief episode description: 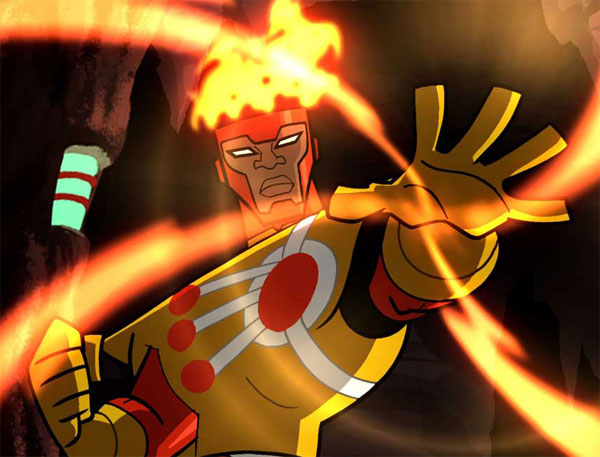 Batman: The Brave and the Bold “A Bat Divided!” airs tonight at 7:30pm eastern time on Cartoon Network.

Hooray for Doctor Fate and Firestorm!

4 thoughts on “Tonight is Must See Shag TV”