I should start off by admitting that I love Neal Adams artwork.  This guy is a MASTER!  An absolute master artist.  He helped redefine the look of comics in the 1970s and he can still draw just about anybody under the table.  Okay, with my disclaimer out of the way I can get on with the review… 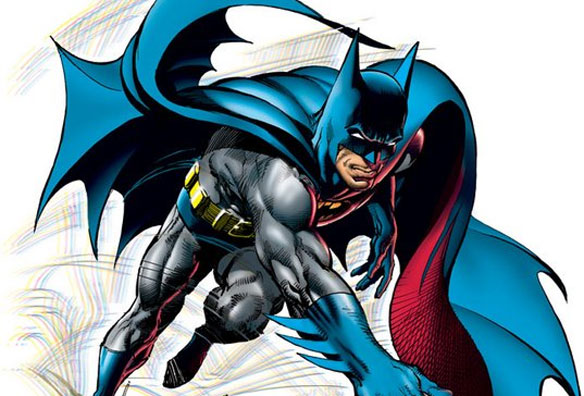 I did not intend to pick up Batman: Odyssey #1 by Neal Adams.  I harbored no ill feelings toward the book, I’m just trying to minimize my current comic book expense.  Well, when I saw the book on the shelf I couldn’t help but sneak a peek.  After seeing one or two panels of Neal Adams’ gorgeous artwork, the comic found its way to my “buy” pile.

Without a doubt, Adams is still a visual storytelling genius.  His Batman is… to put it simply, his Batman IS Batman.  The characters faces and expressions are dead-on.  Each page is chockfull of details, each gadget is intricate and fascinating, each panel completed to their fullest.  His sense of motion, perspective, and action are breathtaking.  This comic is what all comics should look like.  Using creative panel grids rarely seen in comics today, he’s able to effortlessly transition from eight-panel pages to two-page splash panels.  Just amazing stuff.

The story starts off with a flashback to the early days of Batman.  Adams does a great job showing how Batman’s early costume was unsophisticated and a far cry from the costume of today.  The proto-Batman has a loose-fitting cowl and floppy ears.  Nice job by Adams making him immediately distinguishable from today’s Batman. 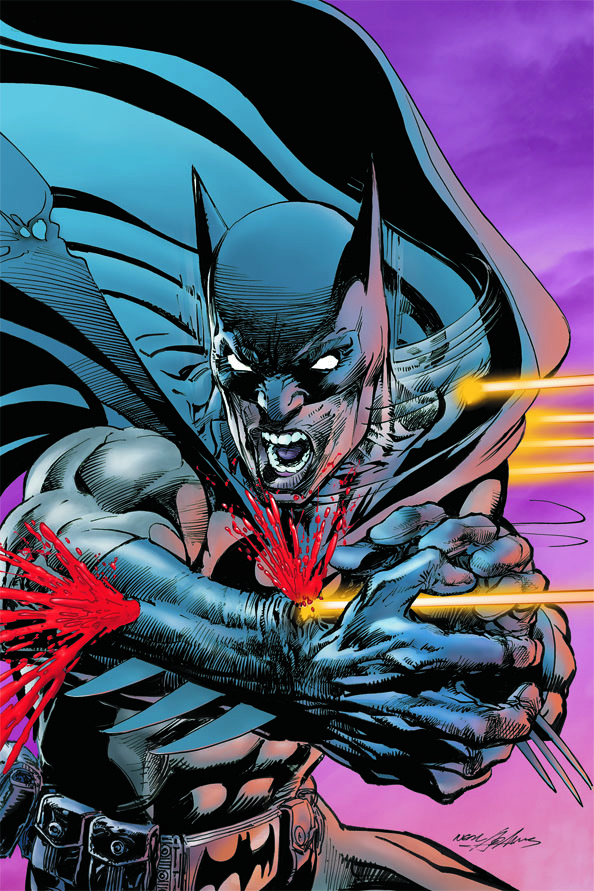 That covers the art.  Now, about the story…

While I was blown away by the art in this book, I found myself disappointed in the story.  I re-read the comic a day or two later hoping for a different impression.  It was definitely better upon second reading, but overall was still not what I was expecting.

The dialogue in the book didn’t feel like a modern Batman tale.  Perhaps this was how Batman was written in the 1970s, I really don’t know.  Regardless, it didn’t “feel” like Batman talking and thinking. I’m not really sure what to make of the plot at this point.  The first half of the book is taken up with the flashback, followed up with some odd Man-Bat scenes, and finally Batman & Robin arriving at the Gotham Pier in hopes of foiling the Riddler’s heist.  All of these elements seem completely unrelated, but perhaps it’ll come together in later issues.

In the flashback, Batman sports two .45 automatic pistols used to shoot villain’s guns from their hands.  I believe this directly contradicts Batman: Year One and Batman: Year Two.  Don’t hold me to that as I haven’t read either story in a long time, but at the very least it contradicts the spirit of those books.  Adding contradictory elements to characters origins worked fine in the 1970s when continuity wasn’t as important, but nowadays that is difficult as readers have become more particular.

Next is a straight-up artistic goof.  In the issue, Batman spends quite a bit of time with Robin (Dick Grayson).  For whatever reason, Adams has drawn Grayson’s Robin in the costume of Tim Drake’s Robin.  This would be the costume Tim wore from 1989 to 2005.  Don’t get me wrong, Adams draws a beautiful rendition of Tim’s uniform, it’s just confusing because it’s Dick wearing the costume.

The disappointing writing really hurt the success of this comic in my eyes.  I believe if Adams had asked Denny O’Neil (or another accomplished writer) to draft the script, the story could have been a potential home run.  Alternatively, if they slapped an “Elseworlds” logo on the front it would have made the story more palatable.  The “Sneak Peek” artwork hints that a child will be injured or killed in a future issue.  Having just gone through that emotional sucker-punch with Justice League: Cry for Justice and the Rise of Arsenal, I’d prefer not see children exploited again in comics for shock value.

Due to the disappointing writing in the first issue, it’s unlikely I’ll be picking up the second issue.  If they were to publish an art book featuring selected artwork from this series, I would definitely be interested in that.