“Chuck” is coming back soon! CHUCK!!! 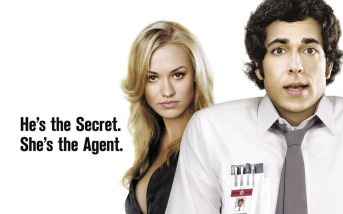 If you know me, then you know I love the TV show “Chuck”.  I didn’t watch much TV last season, but I sure as hell didn’t miss an episode of “Chuck”.  Funny, action-oriented, clever, geeky, and a beautiful Australian blond.  That’s a recipe for awesome.

If you haven’t seen these already… check out these cool, yet subtle costumes from Dragon*Con that I saw this year. If you need something to tide you over until the season premiere, you can watch older episodes of Chuck online through NBC.com or Hulu.  Additionally, you can check out the “Chuck” comic book from Wildstorm (see an earlier post of mine for details).

Finally, here are a couple “Chuck” season two commercials to get you jazzed.

One thought on ““Chuck” is coming back soon! CHUCK!!!”