The Doctor Who Classic action figures from Character Options started shipping in mid-August.  Unfortunately, there were severe allocations to most retailers.  Therefore many of us have been stuck waiting for the second wave of figures to ship, even though we pre-ordered.  If you’ve ever ordered action figures before, then you know that subsequent waves (after the first one) are very unpredictable in regard to shipping dates.

For reference on the Doctor Who Classics action figures line, check out this post from May by clicking here.

I’m happy to report that I’ve just received my first “Classic” action figure.  I had to order pieces of the classic action figure line from three different retailers in order to ensure I got one of each.  I received my Sixth Doctor (Colin Baker) action figure just last week!  Yay!  While the sixth Doctor isn’t necessarily my favorite, he is the chase figure from the case.  So all the other figures should be easier to acquire.  In fact, I had to order this sixth Doctor action figure from Forbidden Planet International in the UK, simply because everyone here in the States had sold out their pre-orders on the chase figure way early.

Here is a snapshot of my sixth Doctor figure and the packaging. 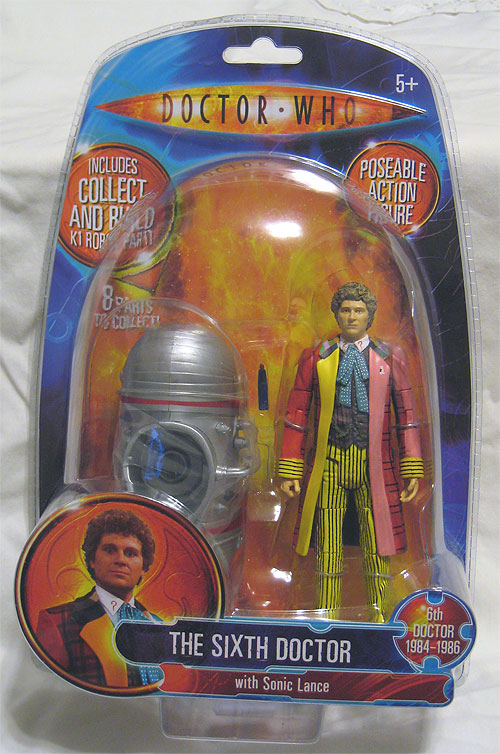 Here is a close-up shot of the Doctor himself.  There are some weird patterns showing in this picture as the camera flash shone through the plastic cover. 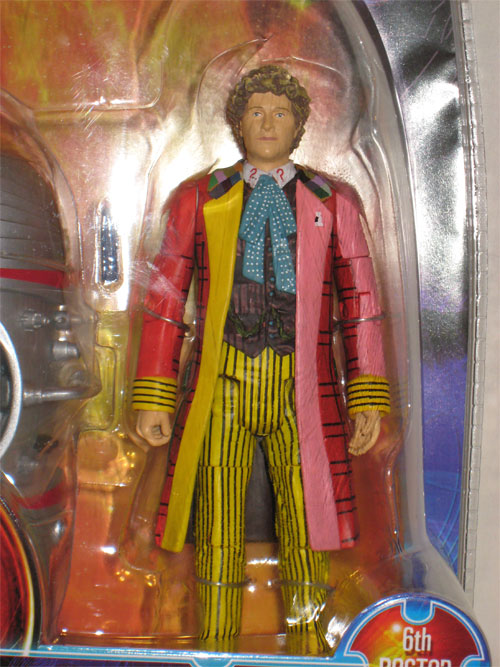 I can’t wait to get the rest of my figures so I can build my K-1 Robot from Tom Baker’s first adventure. 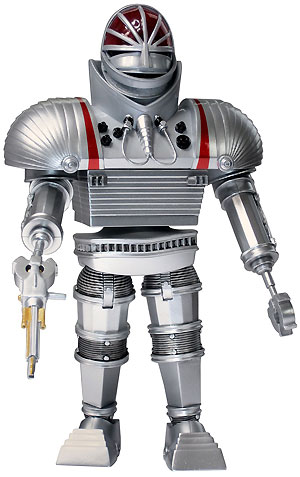 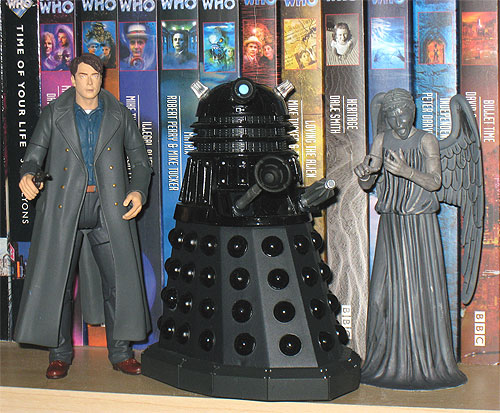 Keep your fingers crossed for me that I receive the remainder of my Classic action figures soon!