Some Chuck items for your Friday!  If you missed this weeks throw down between Yvonne Strahovski and Nicole Richie in the shower, you can catch it on Hulu.com – “Chuck vs. The Cougars”.

I came across some other great Chuck-related resources this past week.  First up is the awesome fansite ChuckTV.net.  It’s a really well done and well-informed site.   They have lots of news, interviews, photo galleries from each episode (almost 2,000 screen captures from every episode!), a forum, and more.  A must for Chuck fans!

Second up is the podcast “Chuck vs. The Podcast“.  Very clever name, by the way.  I had no idea there was a fancast out there dedicated to Chuck!  Yay!  The podcast is affiliated with ChuckTV.net, so they provide lots of great interviews, news, and some spoilers.  They have done nine episodes so far, all offered in two formats. There is the straight MP3 format, and there is the enhanced AAC format that lets you see photos & web links, and also lets you skip from chapter to chapter.  Pretty cool!  Definitely worth your time if you like podcasts and Chuck. 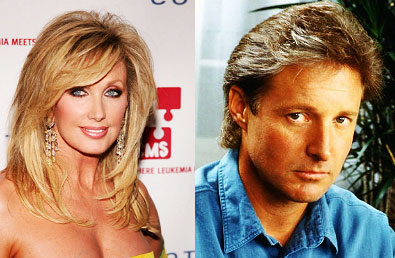 Finally, new information to me that I read about on ChuckTV.net (but has actually been out there for a couple months) is the casting of Captain Awesome’s parents for an upcoming episode.  It’s been revealed that Captain Awesome’s parents will be played by Morgan Fairchild and Bruce Boxleitner!  Apparently they’re both doctors and just as fit and athletic and awesome as, well, Awesome.  That’s hilarious!  I can’t wait!

3 thoughts on “Meet the Awesomes!”