The old Blue Devil advertisement I ran the other day seemed to be well-received.  So I decided to feature another old comic book ad today.  Here is a Star Trek comic book advertisement (November 1984) from DC comics.  This particular ad ran shortly after Star Trek III: The Search for Spock hit the theaters.  I’ve always wanted to read the mid-80’s DC comics Star Trek issues;  I understand they were pretty good.  Final thought, look at the art in this advertisement.  It looks great! 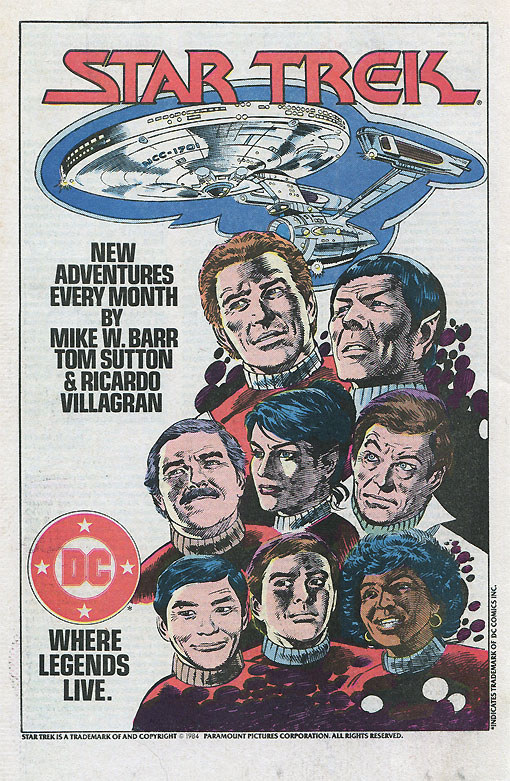