As I’ve reported here previously, I’m totally excited for the release of the Doctor Who roleplaying game by Cubicle 7 Entertainment Ltd.  Myself and four friends were playtesters for this RPG back in the first quarter of 2008, so we’ve been waiting a long time for this to come out.  Below are the three solicited items so far.  I CAN’T WAIT!!!!

Additionally, over on Cubicle 7’s forum you can preview the Blank Character Sheet, as well as seven pages of the Player’s Guide.  These pages look gorgeous!  Great work by Cubicle 7!  My thanks to my buddies over at HeroPress.net and Siskoid’s Blog of Geekery for mentioning these preview pages. Otherwise I may have missed them.

Doctor Who: Adventures in Time and Space Core Set

Imagine you could go anywhere. This world or countless others, encountering strange alien races, new cultures or hostile environments. Now imagine you could travel to any time. See the pyramids and the Sphinx (back when she had a nose!), discover who (or what) really built Stonehenge, meet the first Emperor of Japan, or travel into the far future as humanity spreads to the stars. Where would you go?

With Doctor Who: Adventures in Time and Space, the power is in your hands! You can go anywhere or anywhen in the universe. It’s not going to be easy. It’ll probably be dangerous. The universe is a hostile place, full of Daleks, Slitheen, Krillitane, Sontarans, Plasmavores, Cybermen, Sycorax, Judoon and worse. There will be fear, heartbreak and excitement, but above all, it’ll be the trip of a lifetime.

Doctor Who: Adventures in Time and Space is a roleplaying game set in the universe of the world’s longest running science fiction show on TV – the BBC’s Doctor Who. Published in a boxed format, the core set includes:

Doctor Who: Adventures in Time and Space has been written to appeal to both the experienced and first time gamer. 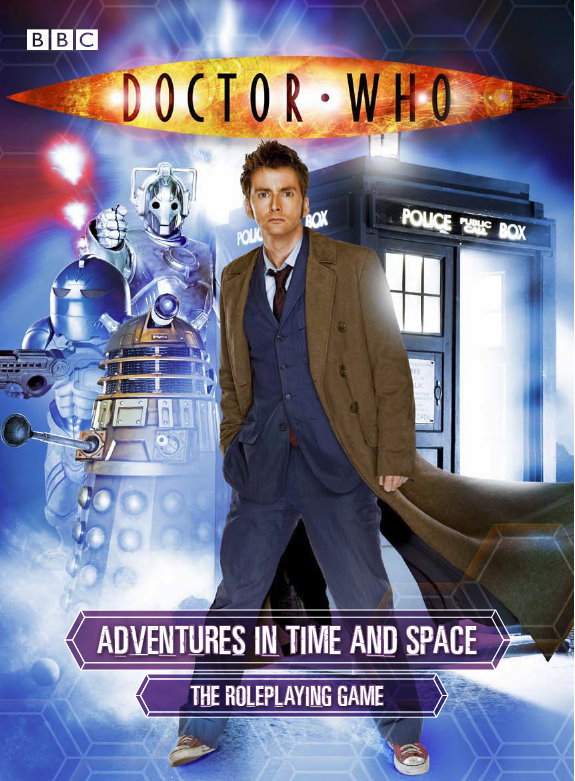 Packed with all the information a Gamemaster needs for easy reference during a session of Doctor Who, this ‘deluxe’ four-panel thick screen will last for years of Adventures in Time and Space.

In the vast expanse of space wait creatures beyond the imagination. Mutants housed in impenetrable armour, vast criminal families that disguise themselves in the skins of their victims, and thousands of cloned soldiers ready to conquer and crush.

But it’s not all evil and danger out there. The songs of the peaceful enslaved echo through time, while others try to protect the weaker species in the endless night of space.

Aliens and Creatures is an expansion set for the Doctor Who: Adventures in Time and Space roleplaying game.

Within this box you will find: 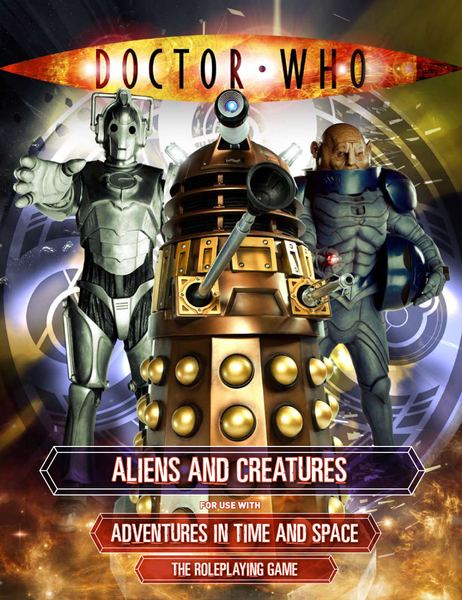