I stumbled across a few more Saturday Morning Cartoon advertisements in some old comics.  Below are ads that ran in DC comics in the fall of 1983.  At the time, they were promoting the upcoming fall line-up of Saturday morning cartoons on ABC and NBC.  Oddly enough I didn’t see an ad for CBS.   Click the NBC  image for a larger view. 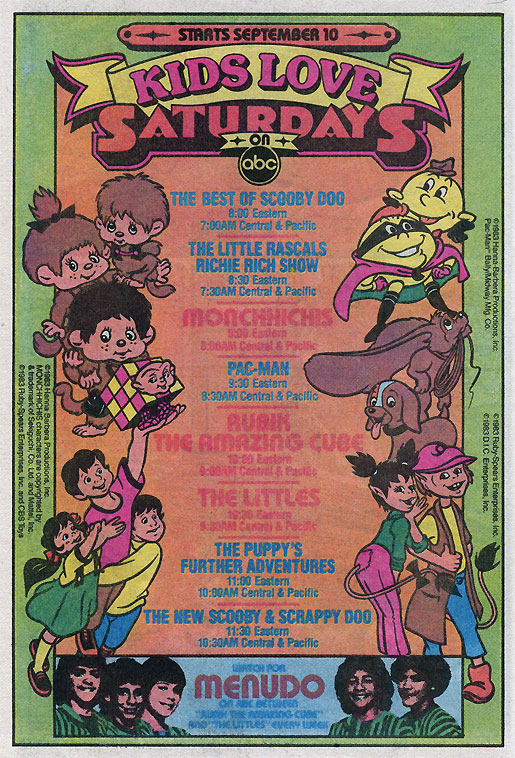 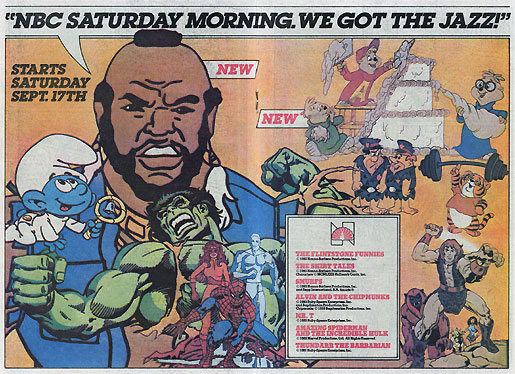 Dude… for me personally, NBC rocked in comparison to ABC in 1983.  Thundarr the Barbarian, Spider-Man & his Amazing Friends, Incredible Hulk, Mr. T, Alvin and the Chipmunks, Shirt Tales… NBC had some good stuff!  I do recall enjoying ABC’s Puppy’s Further Adventures and the Littles, but no matter how much I tried I couldn’t get excited about Pac-Man or Rubik the Amazing Cube.