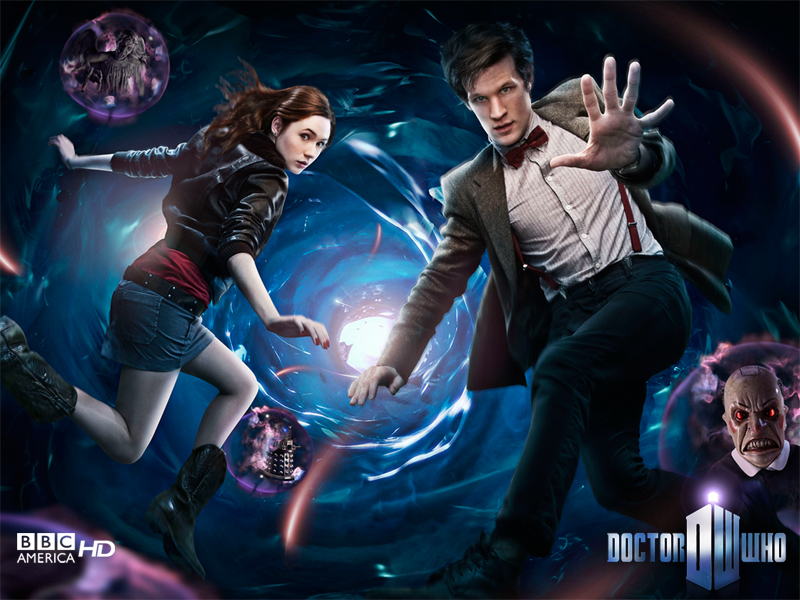 I am SO ready for the new Doctor Who season to start.  Doctor Who season 5 opens with “The Eleventh Hour” by Steven Moffat and is set to premiere on BBC One in the UK and BBC America on April 5th.  BBC has released a brilliant new teaser trailer for season 5 featuring Matt Smith as the Doctor and Karen Gillan as Amy Pond.  Check it out!

This video will be running in 3-D in the UK before the new Alice in Wonderland film. I can’t confirm it, but I get the sense this video was created specifically as a trailer, rather than as footage from upcoming episodes.  I hope that is the case as I appreciate the efforts from the BBC to create a real buzz for new Who Matt Smith.  I love everything about this trailer, from the music, to the swirling stars, to the action, to the Doctor and Amy’s interaction.  This trailer has really provided me with a lot of confidence in the new season. I just can’t wait!