Rock Sugar – You Gotta Listen To This 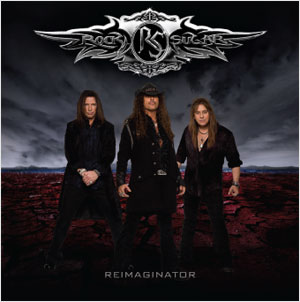 Don’t ask any questions, just watch the video below.  In fact, you don’t even need to watch the video, just listen because the music is the important part.  Once you start playing, you’re going to think, “I know this song.  I don’t need to listen to it.”  Yes, you do need to listen to it.  Just be patient and the awesomeness will be revealed.  Give it at least two minutes of your life, and I promise you won’t be sorry. If you can’t see the embedded video below, please click here.

My thanks to SGhoul for introducing me to this brilliant band!  Believe it or not, the lead singer was the voice of Wacko on Animaniacs! Crazy! Just to give you an idea of their genius, check out “The Story” from their website …

1989 should have been the best year ever for Rock Sugar, the big haired heavy metal band that had just broken the top 41 on the rock radio charts with their solid brass debut album “Bang You Like A Drum”. But instead of headlining concerts, Rock Sugar made the headlines when they were presumed lost forever after playing an extremely ill advised gig celebrating the bat mitzvah of 13-year-old Lisa Rosenberg.

The show was performed miles out to sea aboard the private luxury yacht of Lisa’s father, schnapps millionaire Schlomo Rosenberg. Assuming that Rock Sugar was some innocent boy band, Schlomo had no idea who they actually were or what they actually sounded like. He only knew from his extremely spoiled daughter that they were “really cute” and he figured that must mean she would love their music. She didn’t, and judging from the stunned expressions on their faces, neither did her prepubescent little friends.

Shortly after the chorus of Rock Sugar’s second song “Nail You Like A Hammer”, a drunken and violent brawl broke out involving the band, the rabbi, a clown, the captain, a guy in an Smurf costume, Schlomo and well over a hundred infuriated and now thoroughly sexually confused children. In the midst of the fight, as Jesse, the lead singer, was pummeling the Smurf and no one was steering the damned ship anymore, it struck an undersea stone wall. As the boat was sinking, the extremely unhappy and now yacht less Schlomo refused to let Rock Sugar climb aboard the life rafts to safety.

Having been denied rescue, the band credit their miraculous ability to make it to the shore alive only because of their firmly held belief that “sharks don’t eat metal”. Left to their own extremely questionable survival skills, Rock Sugar managed to salvage several items from the sunken yacht. In addition to their instruments, they retrieved a hot pink battery powered boom box covered with stickers of Hello Kitty, a crate of batteries, 158 cases of schnapps and numerous articles of teenage girls clothing, most of which the band admit to trying on and several pieces of which apparently fit and looked “pretty frickin’ awesome”. But things got worse when the horrified rockers discovered that the only music available for them to listen to was little Lisa Rosenberg’s very pop, very 13 year-old girl’s, very ‘80’s CD collection.

And so, the hardcore degenerate heavy metal members of Rock Sugar spent the last two decades stuck on an island with nothing to do but drink schnapps, catch hard to digest wildlife, befriend monkeys and dream of their long lost groupies while listening only to, and being slowly and systematically brainwashed by, every favorite pop song of a 1980’s preteen girl. Bored, full of schnapps and wasting away on a tropical oasis, they built a stage out of driftwood, bamboo shoots and tree sap and got to work. Against the odds, Rock Sugar was alive… and they were practicing.

Fast forward twenty years when a tuna boat with a screwed up compass discovered a group of long haired castaways on a deserted island far out in the middle of the Pacific. Finally rescued and now violently thrown back into the real life of present day Los Angeles, and with absolutely no clue whatsoever of anything that’s happened, developed or changed in the world since 1989, Rock Sugar is back and ready to electrify audiences with their brand new, razor sharp, psychotically original sound.

The first twenty years of their lives spent listening to heavy metal followed by a twenty year forced diet of little girl pop, their own influences have permanently collided with the unknowingly very influential 13-year-old Lisa Rosenberg. And now Rock Sugar is performing “re-imaginings” of the world’s favorite songs in ways that the world has never even dreamed of. Twenty years of what started with a shipwreck and turned into history’s longest reluctant rehearsal has paid off and the band, as well as the wild originality of what they have created, are beyond belief or explanation.

But while you may be able to at last take the metal band off the deserted island, apparently you can’t take 20 years of exposure to 80’s pop out of the metal band.  Prepare to have the line between pop and metal blown to smithereens and pour yourself a shot of Rock Sugar.

Okay, if you’re still reading you totally rock! Click here for an interview with the band where they explain everything. Also, you deserve one more song from this amazing group…

6 thoughts on “Rock Sugar – You Gotta Listen To This”