While at Free Comic Book Day at Cosmic Cat, I met the creators of a local comic entitled, Lydia Feeds the Pigeons.  I like supporting local talent and they were very enthusiastic about their work, so I decided to try their comic. I was impressed when they explained they were giving away for free a digital version of their first issue in honor of Free Comic Book Day.  That was really cool.  As a small independent publisher, I totally get that they couldn’t afford to hand out free copies of their book.  So offering a free digital download of the first issue was a great way to participate in Free Comic Book Day.  Below you’ll find the cover to issue #1. 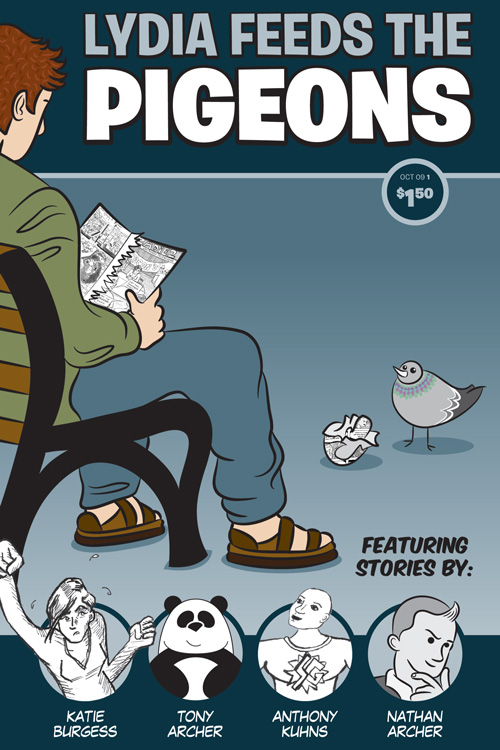 Lydia Feeds the Pigeons began life as a project for the “Comics and Visual Storytelling” class at the Oglesby Union Art Center, Florida State University.  The class has finished, but the creators have decided to continue publishing.  Stories are written and drawn by: Kate Burgess, Anthony Kuhns, Nathan & Tony Archer, and Chris Steenerson.  The first issue was 16 pages, while the second issue has grown to 24 pages.

Lydia Feeds the Pigeons is an anthology book featuring short, unrelated stories by very diverse creators. While some stories are adventure-oriented and others are straight-up comedy strips, each has a humorous element to them.  “Zadia 2” has appeared in both issues and is the humorous story of an actress reviled by the sci-fi community for replacing another actress in a beloved role.  “Super Gayby”, also a reoccurring story, is the baby of two gay superheroes who uses his unique powers to protect the world from monsters.  “Pando” is a cute tale that explores the amazing diversity of crackers.  “Jackson Grey” is a series of short humor strips featuring a regular guy fully-aware that he’s a comic strip character.  “Specs” is the story of a delusional nerd searching for a mythical land in the neighborhood forest. “The Pantheon” is a modern-day adventure story featuring the Greek gods in Las Vegas operating as a superhero team.  A very diverse collection of stories with very diverse art as well.

Probably my favorite work of the series comes from Nathan Archer.  He’s developed a humor strip called “Jackson Grey” that is really polished, funny, and enjoyable.  I could see this strip getting picked-up and reaching a wide distribution.  Below you’ll find one of the shorter “Jackson Grey” strips. 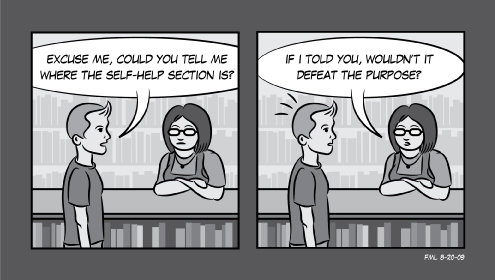 Overall I enjoyed these books and would recommend them to anyone that reads independent comics. Check out Lydia Feeds the Pigeons on Facebook and Twitter.  Additionally, you can purchase digital versions of their comics at IndyPlanet.com.

As a bonus, here is another Jackson Grey strip found on Facebook that isn’t featured in issues #1 or #2.  Enjoy! 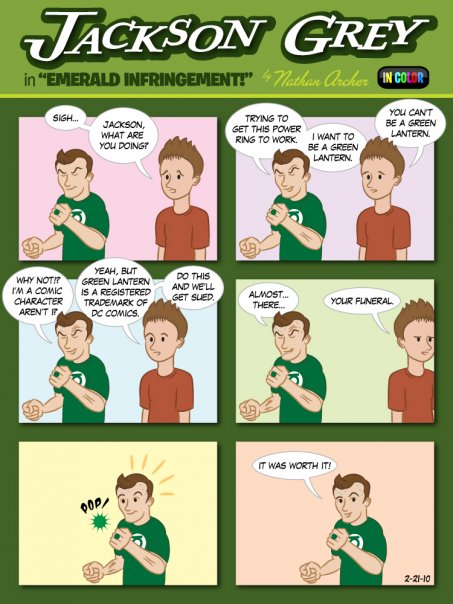