Heads up Blue Devil fans, today we’ve got some incredibly rare never-before-published pieces of Blue Devil history.  Gary Cohn, co-creator and co-writer of DC’s Blue Devil, was kind enough to send copies of the original pitches used to sell the idea of Blue Devil to DC Comics.  For the first time ever, these proposals are being made available here for fans to read! All the artwork displayed in this post comes from these proposals.  To my knowledge, some of these drawings have never been seen by the general public before now. Over the past year Gary has been amazingly generous to fans of Blue Devil and the readers of ONCE UPON A GEEK!  Our most sincere thanks to Gary! 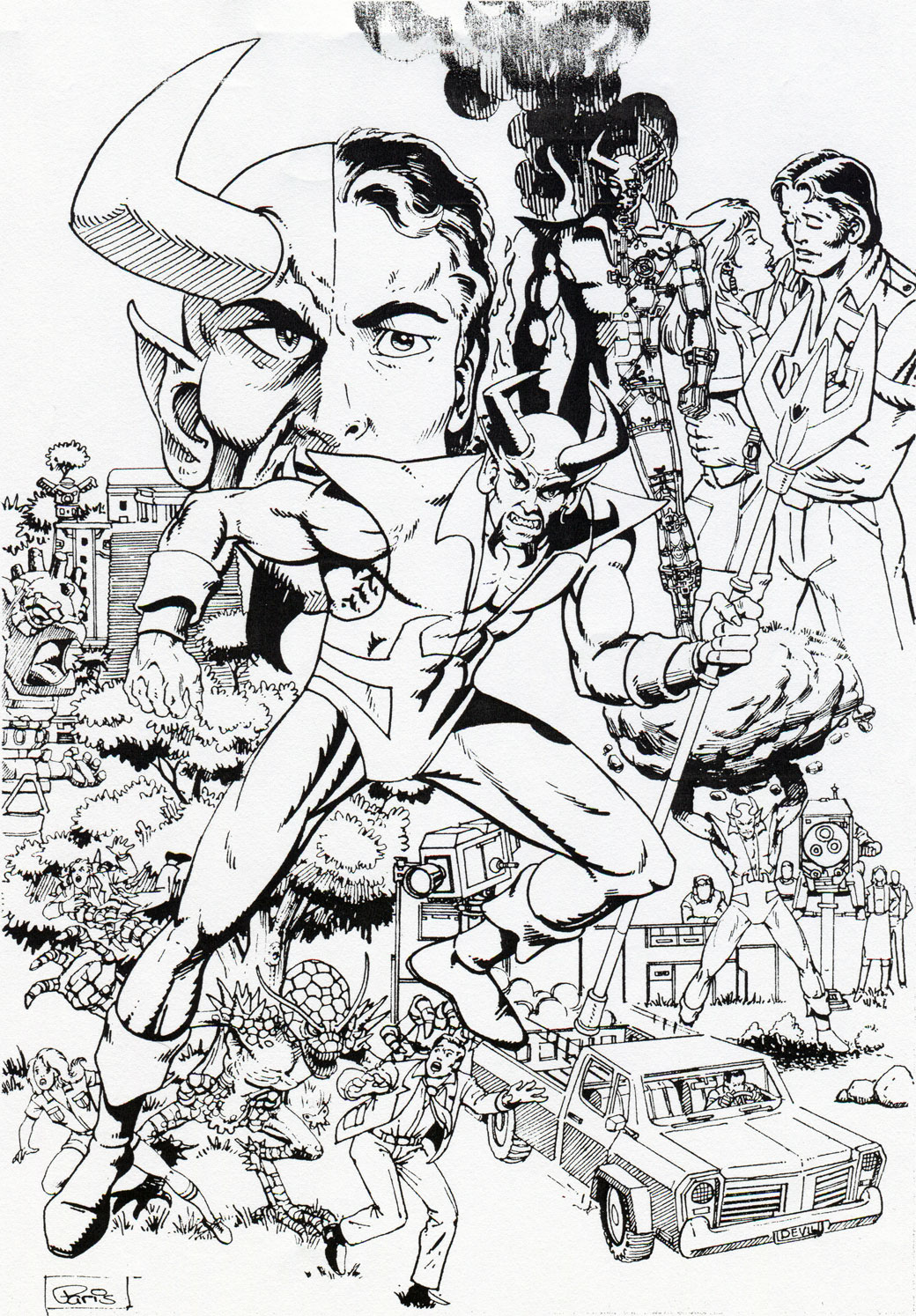 If you’re a Blue Devil fan and this is your first time here, also be sure to check out:

Additionally, Dan and Gary did a fantastic interview about Blue Devil for Back Issue magazine a few years ago. In that interview they discussed things such as: how they came together as a writing team; what inspired them to create Blue Devil; their original plan for Steve Ditko to draw Blue Devil; and what was it like working with artist Paris Cullins.  Issue #21 of Back Issue is available as a digital download from TwoMorrows Publishing! 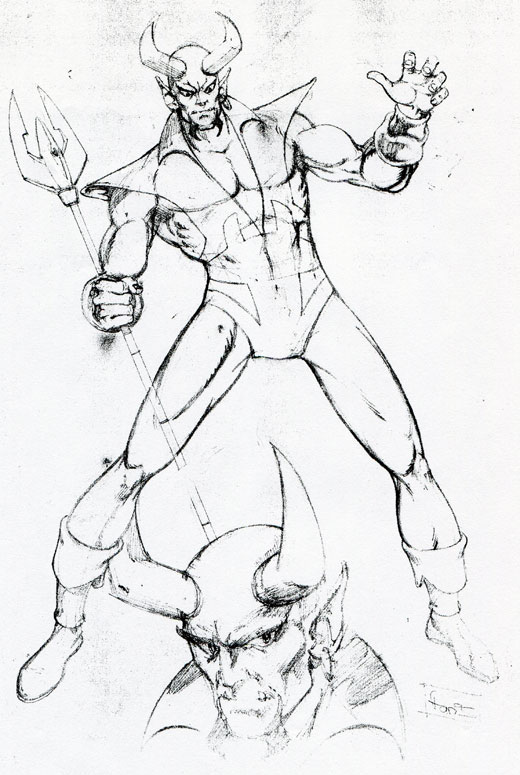 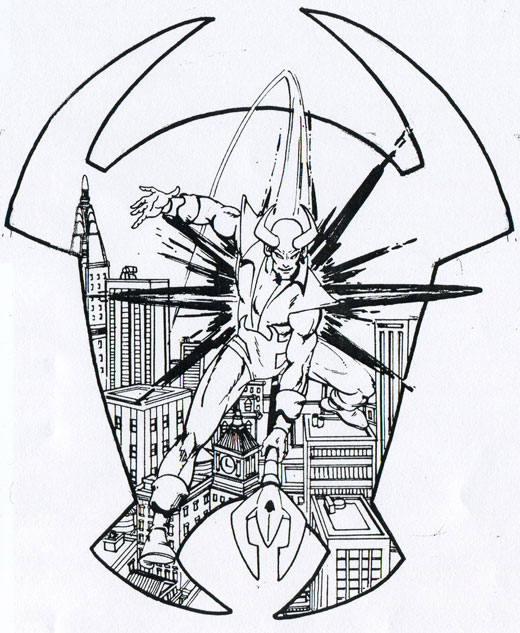 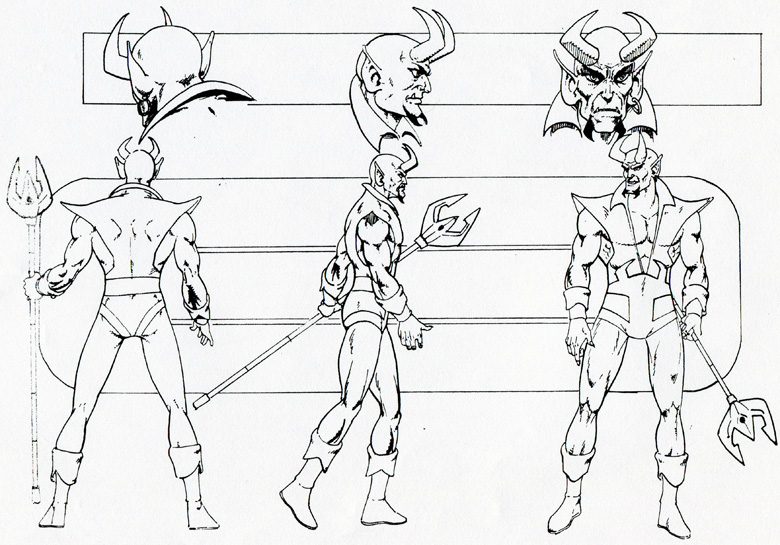 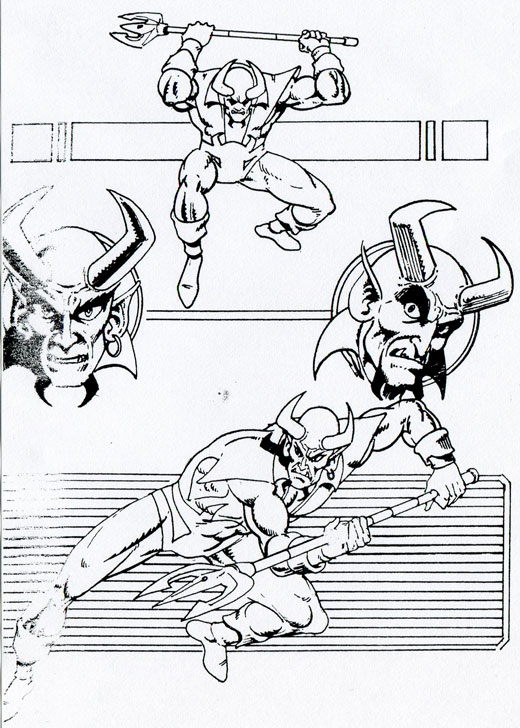 The link below represents the very first proposal by Gary Cohn and Dan Mishkin for a 13-page Blue Devil story.  This was put together with artist Steve Ditko in mind.  There are some notable differences between this original proposal and the final published comic, for example instead of Marla Bloom there is Dave Kaufman.  Also worth noting is that Dan doesn’t get trapped in the suit in the typewritten plot, but some handwritten notes provide that major plot point.  The illustration beneath the link is Gary Cohn’s attempt to portray Blue Devil as he imagined him.  It’s quite possible this is the first drawing of the character. 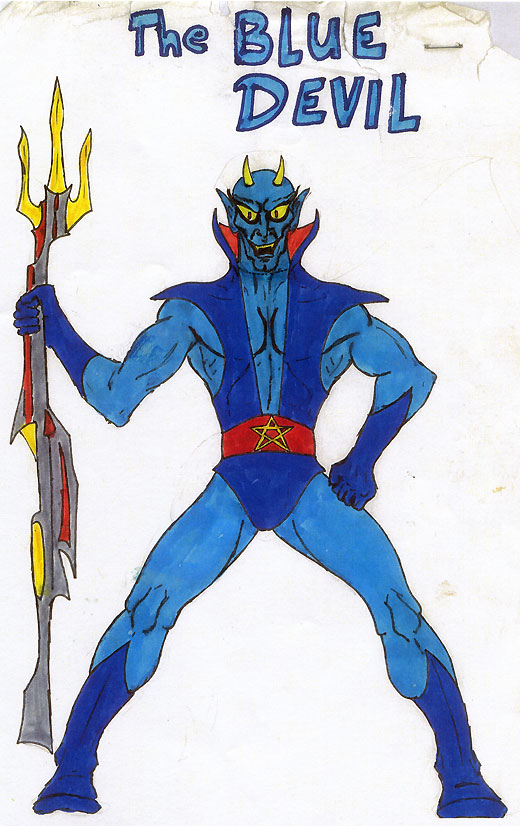 This next link below represents the complete series proposal.  According to Gary, this proposal was used by legend Dick Giordano for years as a model of “how to do it”.  When someone would ask Dick what a series proposal should be like, he’d show them his copy of this one. By the time this proposal was assembled, they had secured the amazingly talented Paris Cullins as their artist.  Paris was around 19 years old and already a fantastic artist.  His work was exceptionally polished with a strong sense of design. 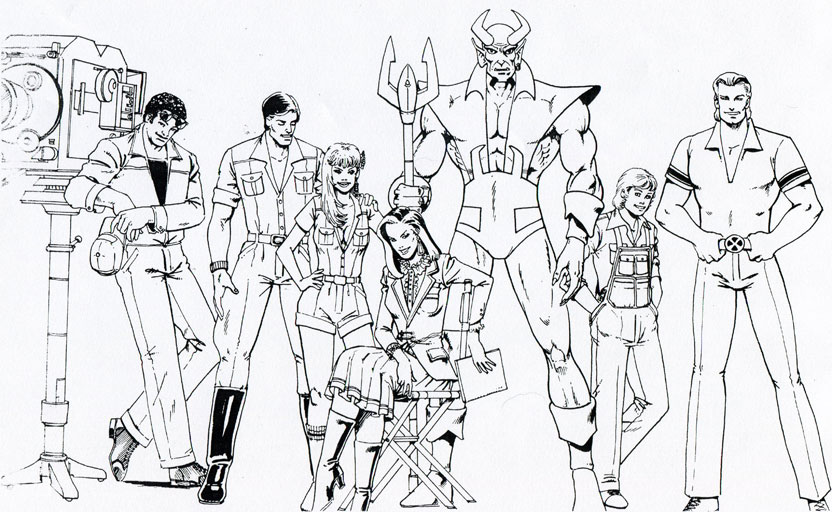 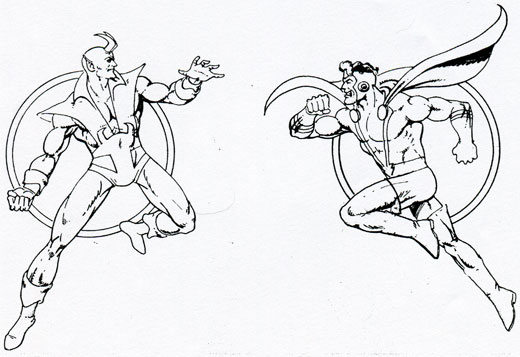 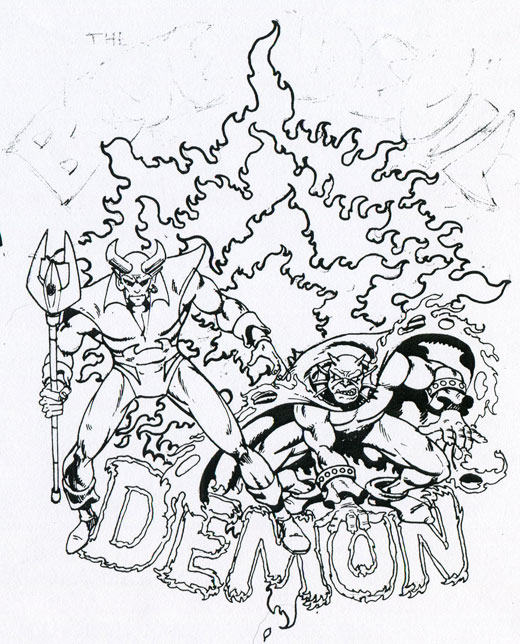 This final link below represents a single dot-matrix page of dialogue from Blue Devil #4.  Gary included this to show how they wrote scripts back then.

Dan Mishkin & Gary Cohn both have been professional writers for nearly 30 years.  Their writing credits go on for miles, whether writing as a team or independently.  They are probably best known together for creating Blue Devil and Amethyst Princess of Gemworld, but they have also written a great deal on their own.  Just to name a few items… Dan wrote the Wonder Woman comic from 1982 through 1985, and more recently published a children’s book entitled The Forest King: Woodlark’s Shadow;  Gary wrote Shi for Crusade Comics and the Masters of the Universe action figure mini-comics.

Paris Cullins was an active comic artist from 1980-1996.  In the early 1980s he drew books such as: House of Mystery, Ghosts, The Unexpected, Weird War Tales, Richie Rich, and Hot Stuff. Blue Devil was Paris’ first full-length comic and proved to be his break-out work.  Soon after launching Blue Devil, Paris was working on numerous Who’s Who entries and covers, as well as launching the Ted Kord Blue Beetle series.  Paris went on to work for other comic companies, including Marvel Comics, Acclaim Comics, Massive Comics Group, Penthouse International (Penthouse Comix), and Crusade Comics.

Along with copies of the proposals, Gary sent me a very heartfelt letter about how the passing of Dick Giordano prompted him to send this material.  He stated that Dick was a friend, a great editor, and that Blue Devil probably wouldn’t have become a series without his patronage.  Making these proposals available to the fans is a bit of a tribute to Dick Giordano from Gary.

Once again, our thanks go out to Gary Cohn for generously sharing these proposals.