I’m currently reading and enjoying the novel The Walls of the Universe by Paul Melko. It’s a fast-paced read that jumps between alternate universe adventure, suspense thriller, and coming-of-age story. 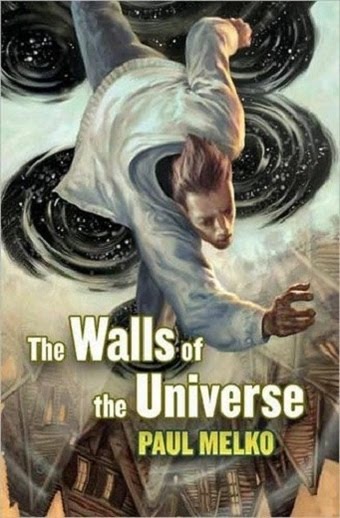 Ohio farm boy John Rayburn is in trouble after beating up the high-school bully. But his petty problems fade when his doppelgänger, Prime, appears with a device that lets him travel across worlds. For John, the lure of seeing another universe is too strong: he tries it out…and learns to his horror that the device only works one way—forward—and that Prime stole his life from him! Unable to return home, he settles in a new universe to try and fix the device.

As Prime sets out to cash in on inventions he’s stolen from other Earths—including the Rubik’s Cube—John’s attempts to lie low backfire spectacularly when he inadvertently introduces pinball to his new universe. Unfortunately, both actions draw the notice of other travelers, dangerous people who are exploiting worlds for their own nefarious purposes.

The book is a real page-turner.  Give it a try!

2 thoughts on “READING: The Walls of the Universe by Paul Melko”