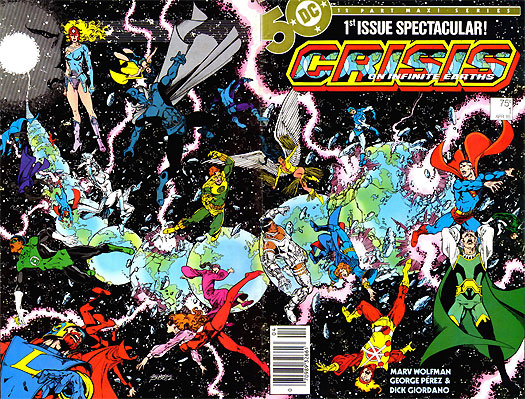 Until a few years ago, the terms “Pre-Crisis” and “Post-Crisis” were commonly understood and used frequently by DC comics fans.  Since the publication of Infinite Crisis in 2005, the definitions of these terms have become confusing.  Previously the term “Pre-Crisis” clearly described events that were published in DC comics prior to 1986.  The term “Post-Crisis” was used to describe any story published after the Crisis on Infinite Earths mini-series was finished in 1986.

While there were many changes from Pre-Crisis continuity to Post-Crisis continuity, there is one change that is considered to be the most significant.  In Pre-Crisis continuity, the stories took place in a “multiverse”; meaning that there were an infinite number of parallel worlds.  So you might read about the Justice League of America on Earth-1, and then read another story about the Justice Society of America that took place on a completely different (yet similar) world referred to as Earth-2.  Each Earth typically had their own version of Superman, Wonder Woman, Batman, and other numerous characters.  In Post-Crisis continuity all stories took place in a shared universe; gone were the parallel Earths and duplicate characters.  So in this Post-Crisis universe, the Justice League of America and Justice Society of America both existed and often interacted, yet there was only one Superman.

The reason the terms are now confusing stems from the 2005 mini-series Infinite Crisis. During this mini-series the infinite Earths were re-introduced.  Many of the old concepts not seen since 1986 were brought back.  So with the return of the multiverse in a new mini-series with “Crisis” in the title, what exactly does Pre-Crisis and Post-Crisis mean nowadays?

I propose a new word be entered into the DC comics lexicon: Tween-Crisis.

The term “Tween-Crisis” describes the DC Universe continuity for comics published from 1986 – 2005.

For example, the Superman established in John Byrne’s mid-80s Man of Steel mini-series would be referred to as the “Tween-Crisis Superman”.  Personally, I used to describe myself as a “Post-Crisis” DC fan.  However, I haven’t been thrilled with the recent changes (or reversions) that DC has been doing.  So using this new definition, I would be considered a “Tween-Crisis” fan.  Following this logic, the term “Post-Crisis” could be redefined to mean stories published after Infinite Crisis or Final Crisis.

If you like the term, please feel free to use it and spread the word. Given my age, I never thought I’d refer to myself as a Tween, but with the current state of continuity in DC comics it just makes sense. 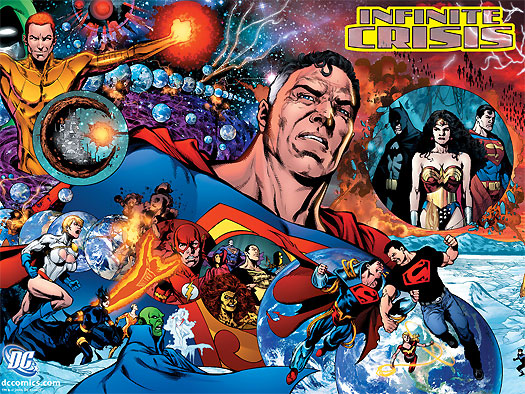