Today we’re going to discuss some of the best time travel movies.  Being a life-long Doctor Who fan, I’ve got a soft spot for time travel stories regardless of the medium – film, television, novel, audio, comic, etc.

Before we get to that, I gotta describe to you where I’m sitting as I write this.  Since today is my birthday, I think you can indulge me for a paragraph or two (truthfully, I’m writing this on Monday afternoon and scheduling it to post on Wednesday, my birthday.  Geez, semantics!).   I’m currently sitting on the balcony of my 14th floor hotel room in Fort Lauderdale.  The sky is a gorgeous blue, there is a slight breeze, and the temperature is warm and relaxing without being too hot.  Tropical music is being carried upon the wind up to my room from the Tiki Bar below.  My balcony overlooks the beautiful pool, a marina full of impressive yachts, and the majestic river.  In the distance you can see downtown Fort Lauderdale and the Atlantic Ocean.  It’s so relaxing sitting here watching the boats idle their way up and down the river, the seagulls floating on the gentle breeze, letting the music flow through me, and generally unwinding.  It doesn’t get much better than this. 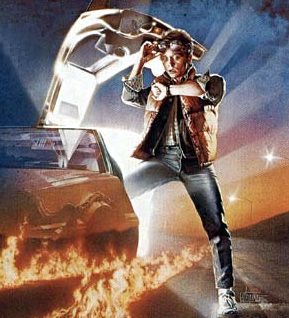 Okay… back to the topic at hand.  My top 10 favorite time travel movies!  This list is in no particular order and was selected solely based upon the criteria of, “Hey, I like that movie.”   For an impressively comprehensive list of time travel movies, check out Andy’s Anachronisms by clicking here.

Here are a few other films I really enjoy that aren’t necessarily time travel movies, but contain temporal phenomena or alternate timelines:

I’m sure some of you are thinking of other fantastic time travel movies that I left off the list.  If so, let me know in the comments.  I did consider every film on Andy’s Anachronisms list of time travel movies.  Here are some of the films I definitely rejected from my list of favorites..