Empire Strikes Back by Miller, Simonson, Byrne, and more

I’ve wrapped up my Star Wars Resume coverage for now, but I just had to post these fantastic Star Wars pin-ups!  They originally appeared in Marvel Comics‘ Star Wars issues #43 & 44 from 1980.  Some of the scans below come from the original issues, while others come from the reprinted and re-colored trade paperbacks Star Wars: A Long Time Ago.

I had forgotten about these pin-ups until I recently heard them discussed on the Two True Freaks Monthly Monday Star Wars podcasts. I’ve mentioned these podcasts a few times this week. If you are a fan of Star Wars, you really should give these podcasts a try.  Scott and Chris are incredibly knowledgeable in the area of Star Wars and they’re also friggin’ hilarious!  In addition to their Star Wars show, they produce a monthly Star Trek show, and multiple comic book related shows.  Give these guys a try!  They are definitely worth your time.

Here are the promised Empire Strikes Back images.  Click each image to enlarge. 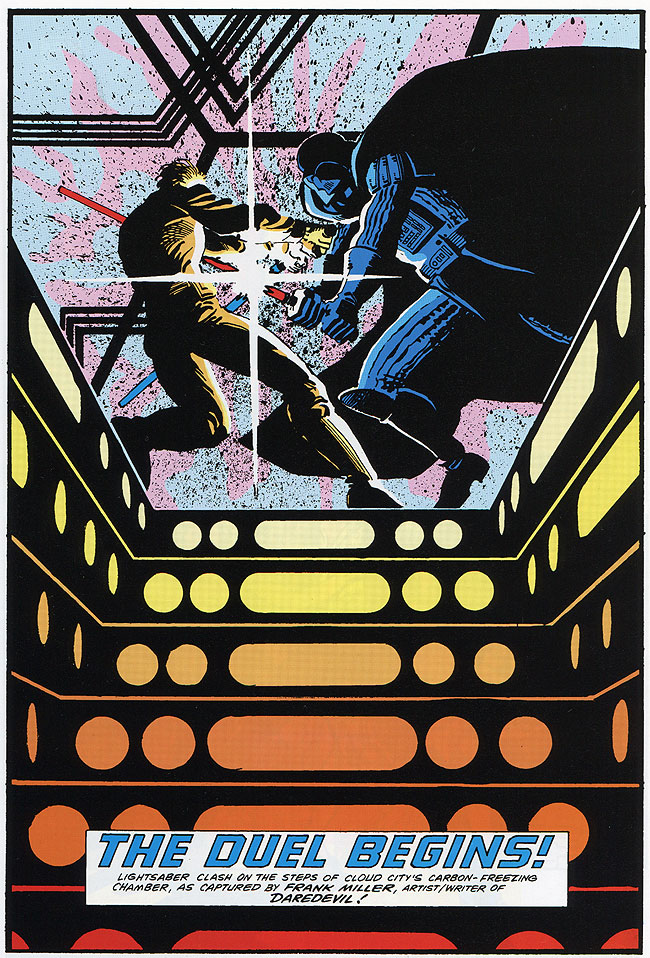 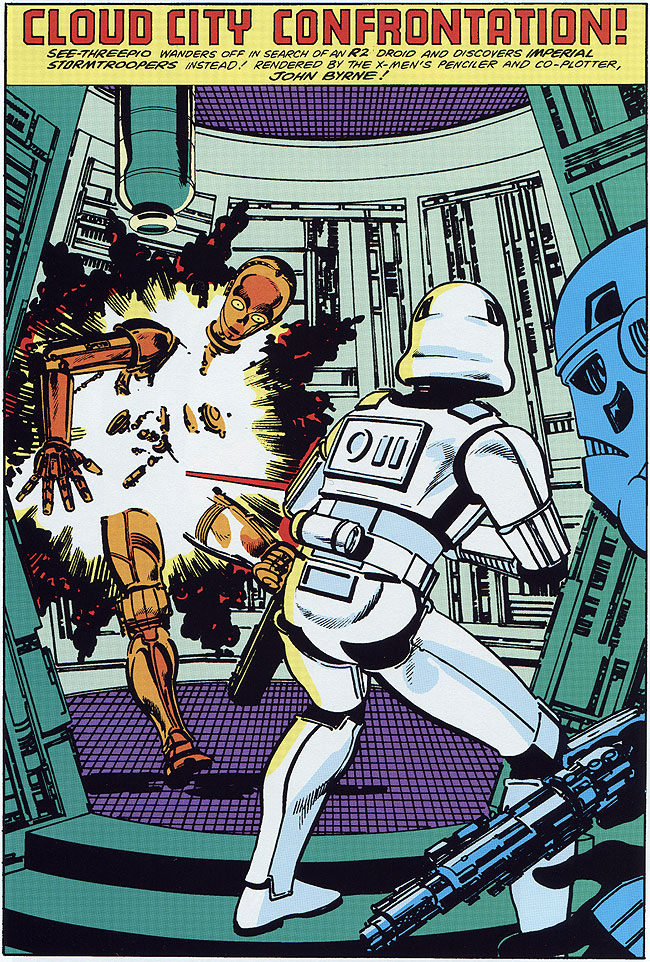 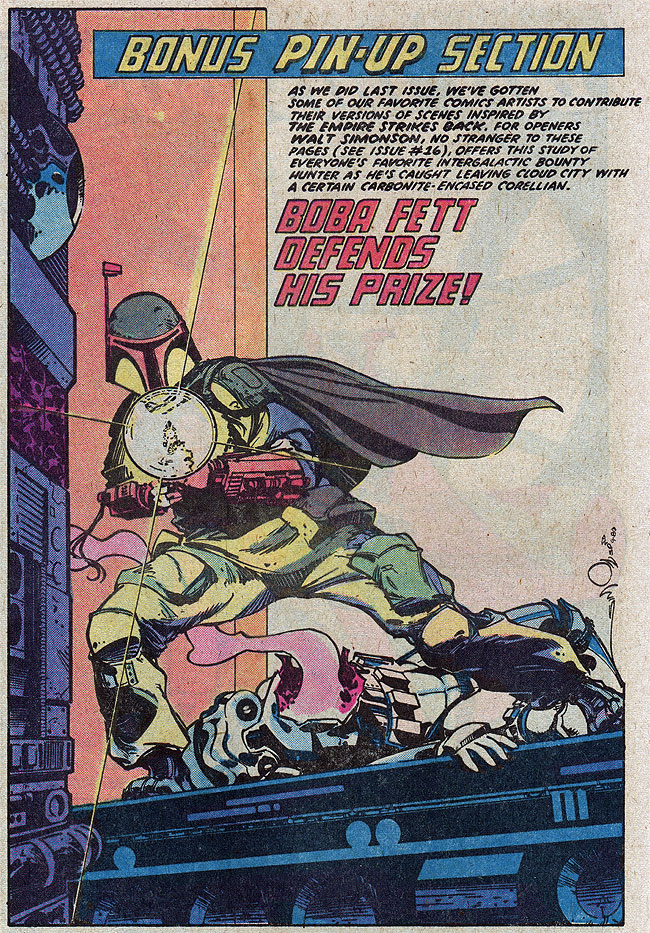 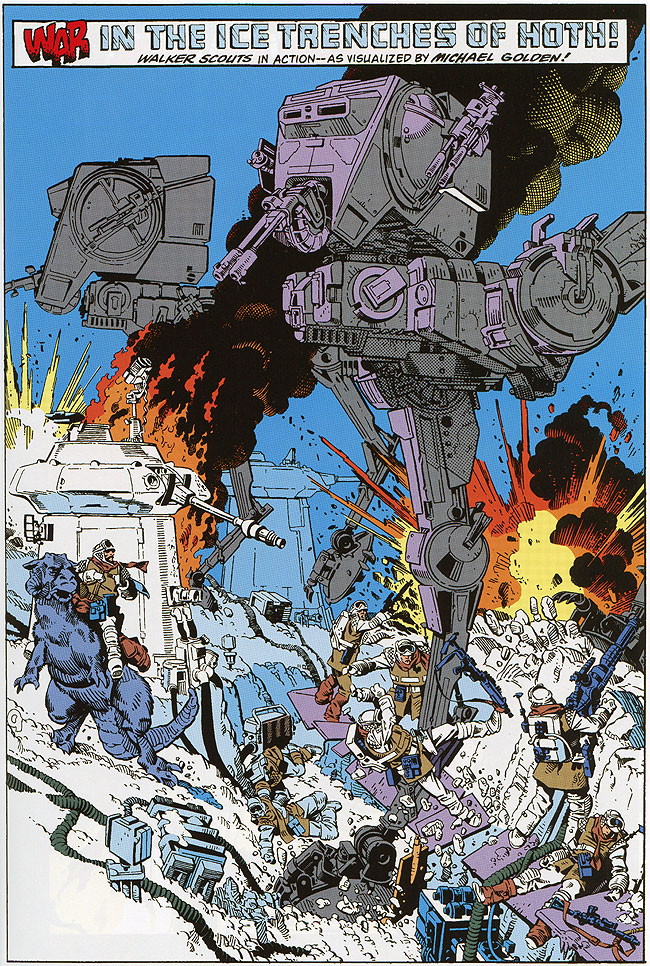 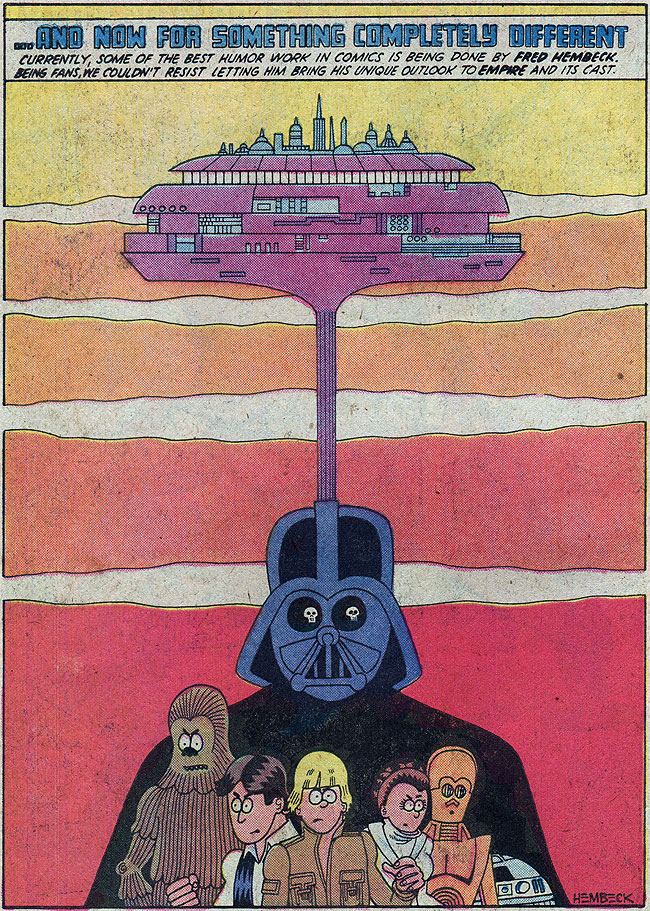 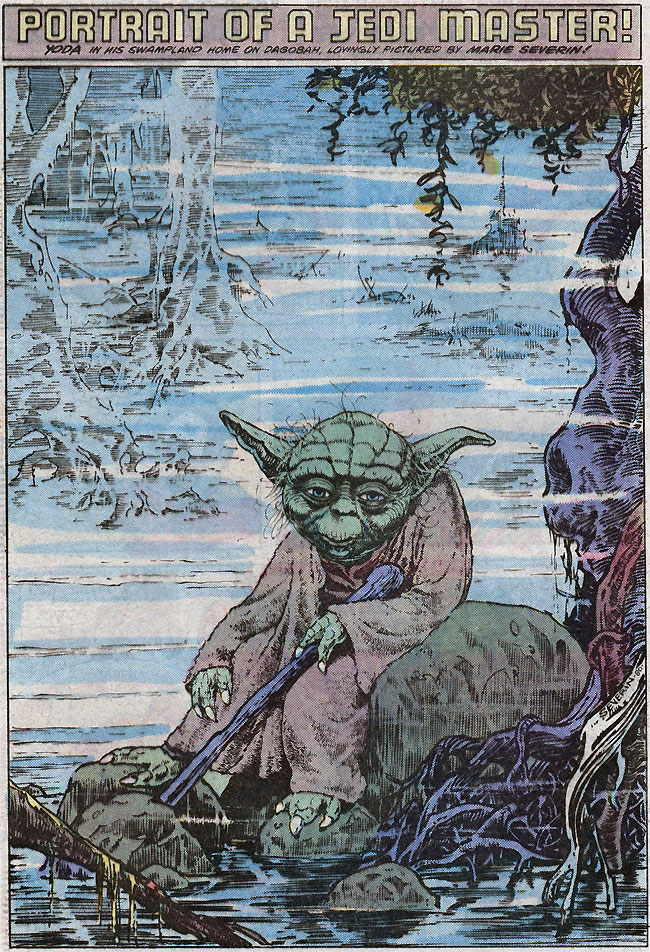 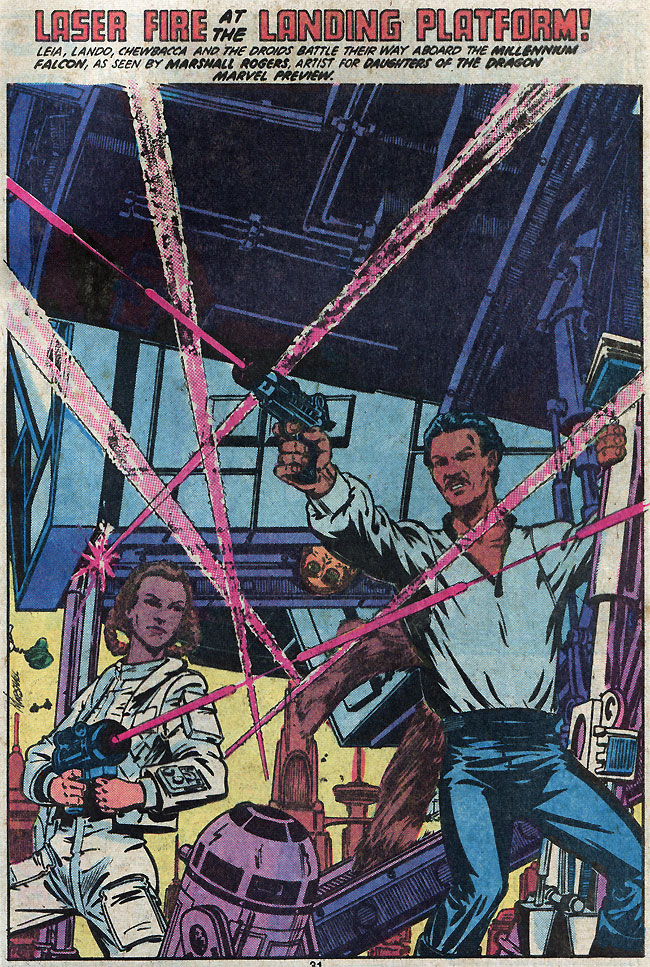 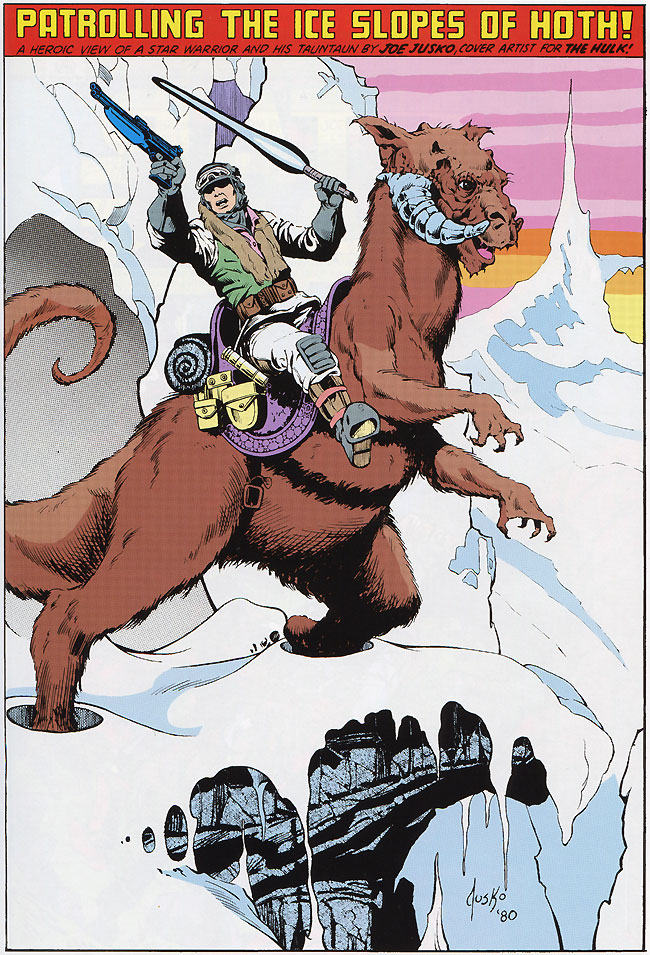 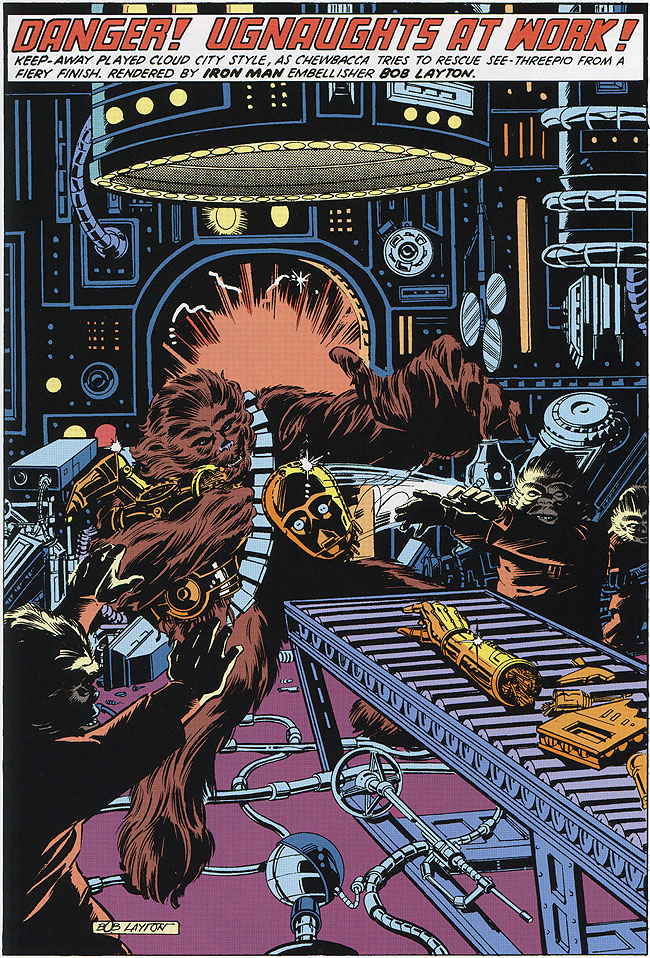 3 thoughts on “Empire Strikes Back by Miller, Simonson, Byrne, and more”