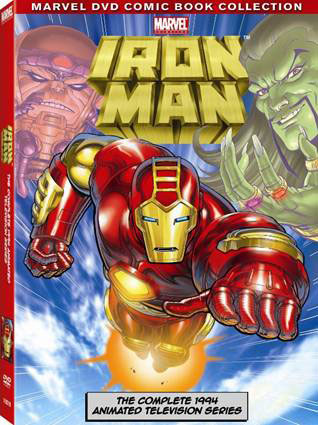 Need more Iron Man action after seeing the new movie?  Then look no further!  The release of Iron Man: The Complete Animated Series was clearly timed to coincide with Iron Man 2 in theaters. The Iron Man cartoon originally debuted on the Fox Kids network in 1994 as part of the Marvel Action Hour, along with the Fantastic Four.  The series ran in syndication through 1996 and featured Robert Hays (Airplane, Starman TV series) as the voice of Tony Stark.  The series ran for two seasons.  Like the Fantastic Four cartoon, the Iron Man cartoon was dramatically revamped for the second season.  Season one was animated by Rainbow Animation Group, whereas the second season was animated by Koko Enterprises.  This resulted in a slightly different look for the second season, as well as completely different opening credits and theme music. 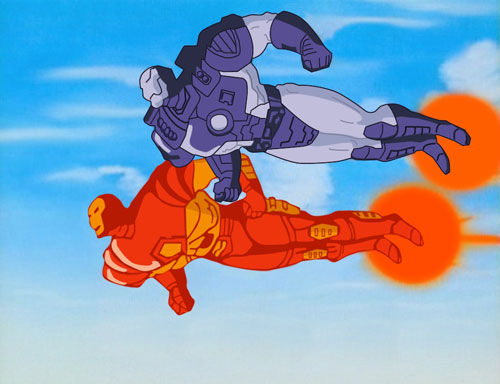 Unlike the X-Men cartoon which relied heavily on the comic book source material, the first season of the Iron Man series provided mostly original stories and had more self-contained episodes.  I believe this made the cartoon more accessible for new viewers not indoctrinated in years and years of comic continuity.  In the second season they started adapting more and more stories from the comics.  The series had numerous appearances by Iron Man’s allies, like War Machine, Hawkeye, Scarlet Witch, Spider-Woman, and Century.  Some of you clever comic fans are saying to yourselves…  seriously, Force Works?!?!?  The cartoon featured the characters of Force Works?!?!?  Yup.  Additionally, Iron Man battled foes such as: Mandarin, MODOK, Fin Fang Foom, Justin Hammer, Titanium Man, Whirlwind, Blacklash, Dreadknight, Blizzard, Grey Gargoyle, Hypnotia, and Living Laser.

You gotta take the good with the bad. This three-DVD collection contains the entire animated series – all 26 episodes.  Sadly, the collection doesn’t have any special features.  While I was disappointed initially, the trade-off is the large number of episodes in the collection.  Next, the animation in this series is sometimes hit and miss.  Sometimes the art wasn’t as strong as you’d hope for and detracted from the great storytelling.  However, it’s worth noting that the animation improved as the series went on. 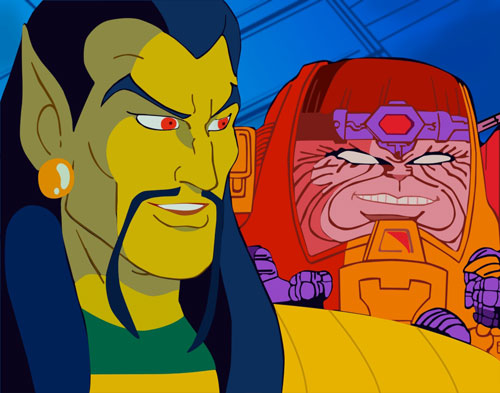 I’d recommend this DVD collection to fans of Iron Man and fans of superhero cartoons.  If the early episodes don’t strike your fancy, hang around for the second season. 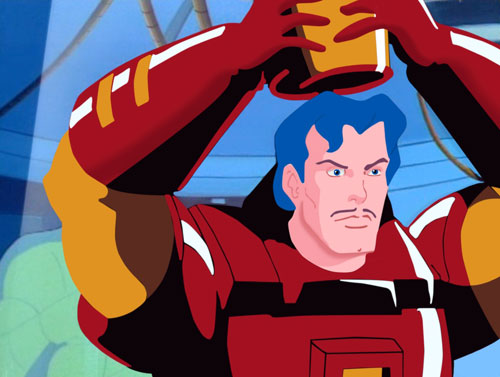 Volume 5 of X-Men the Animated Series finishes out the show with episodes 63-76.  It’s hard for me to find new things to say about this fantastic series – click here for my review of volumes 1 & 2 and click here for my review of volumes 3 & 4.  X-Men the Animated Series is one of the more beloved cartoons to come out of the 1990s.  This series ran on Fox from 1992-1997 for five seasons with a total of 76 episodes. 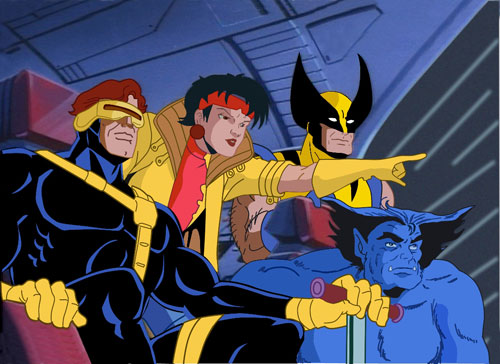 The series did such an excellent job adapting comic book stories to the small screen.  The first disc kicks off with a two-part adaptation of the comic crossover, “The Phalanx Covenant”.   In this story they introduce Warlock to the animated universe.  While they couldn’t exactly reproduce Bill Sienkiewicz’s Warlock design in the cartoon, they did a fair job on the character. Another great episode is on the second disc entitled “Old Soldiers”.  This episode features Logan teaming up with Captain America during World War II.

Here is a complete list of episodes on this collection:

Like the Iron Man series, there are no special features on the DVD.  Additionaly, the animation in this series is sometimes hit and miss.  However, once you step back from that and look at the big picture, you’ll realize this was truly one of the best comic book-adapted cartoons of all time.  I’d highly recommend this volume and the previous four volumes to any comic book fan.

My thanks to Walt Disney Studios Home Entertainment for sending me copies of these collections for review.