Dack from Star Wars: The Empire Strikes Back has taken on near-mythical status with geeks.  When we first meet Dack he demonstrates his boundless enthusiasm with the line:

“Right now I feel like I could take on the whole Empire myself!”

As someone that’s watched the film a few times, this line is quite sad with the foresight that Dack has mere minutes of screen time until his death.

I was in Target last week and came across this amazingly cool Dack figure!  I had no idea they’d finally produced a figure for this hero to expendable pilots everywhere!  It’s even on retro-packaging, including the “Free Boba Fett” offer!  So very cool. 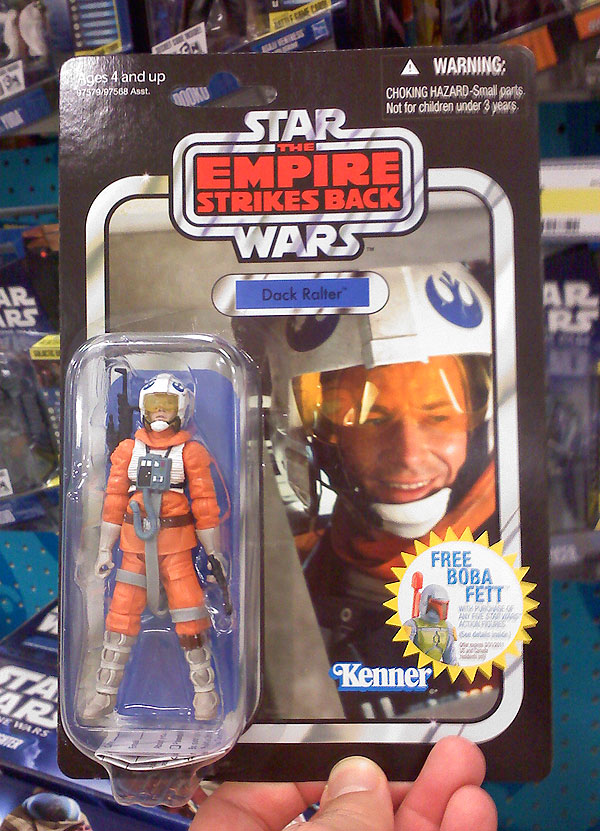 “Luke, we’ve got a malfunction in fire control. I’ll have to cut in the auxiliary.”

So, what can we learn from Dack?  If you ever have a problem with “fire control” while flying, get the hell out ASAP!

6 thoughts on “Empire Strikes Back Dack figure with retro packaging”