I picked up BOOM! Studios’ Soldier Zero #1 upon the recommendation of an acquaintance.   I wasn’t expecting much from the comic but found myself pleasantly surprised.  Apparently this book has broken all sales records for BOOM! Studios, making it their best-selling comic ever. The story was written by Paul Cornell (Doctor Who, Action Comics) with notes from Stan Lee.  Dave Johnson supplied the Soldier Zero character design while Javier Pina drew the issue itself.  You can read a five-page preview by clicking here. 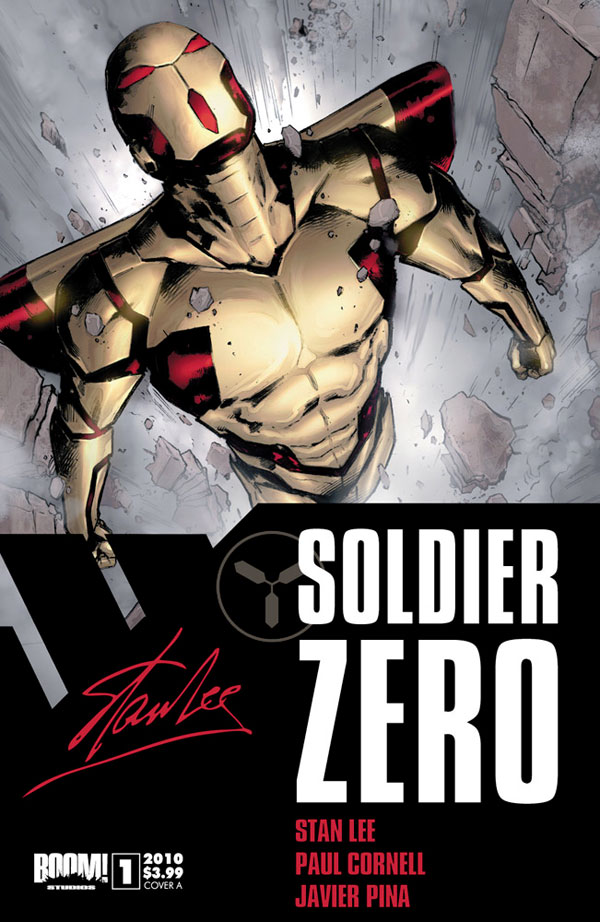 The comic tells the story of a wheelchair-bound veteran Stewart Trautmann who gets bonded with an alien combat suit.  Issue #1 leaves us with more questions than answers, but it was intriguing.  A good amount of time was spent developing the character of Trautmann and his budding relationship with co-worker Lily.  Also addressed was some day-to-day challenges handicapped people face in our world.  While some might think the wheelchair commentary was heavy-handed, writer Paul Cornell says much of this came directly from interviews with wheelchair users.  I enjoyed the way Cornell handled some of the necessary, but awkward questions Lily felt she needed to ask Stewart.  This read like a genuine first date.

I felt Javier Pina’s art really suited the book.  The art was solid without being too flashy, especially since most of this issue featured normal people talking.  The superheroic scenes were nicely done, but more subdued than you’d get in a Marvel comic.  I expect Cornell’s future scripts will rely more on drama than superhero fights, so Pina’s art is probably exactly what this book needs.

It’s too early to tell if the concept is going to be a hit, but so far the dialogue is believable, the art is enjoyable, and the colors look great.  Overall it’s a nice beginning.  I look forward to issue #2!

This is the first of three new titles from BOOM! Studios and Stan Lee.  The other two are The Traveler by Mark Waid and Chad Hardin (shipping in November) and Starborn by Chris Roberson and Khary Randolph (shipping in December). 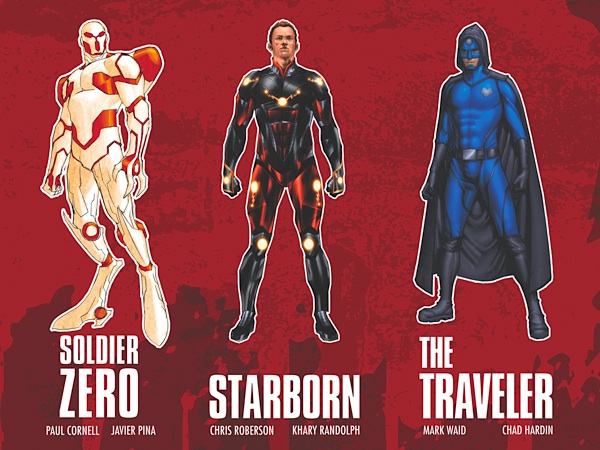 A new line of comic characters created by Stan Lee, huh?  Assuming they exist in a shared universe, this could be the beginning of something big.  Maybe this will pan out further than my beloved Ultraverse.