I’ve accumulated quite a few geek related keychains over the years.  I seem to have a weakness for buying them even though I’ve only used a few of these keychains on a regular basis.  Today we’re going to look at the ones I’ve managed to hang onto. 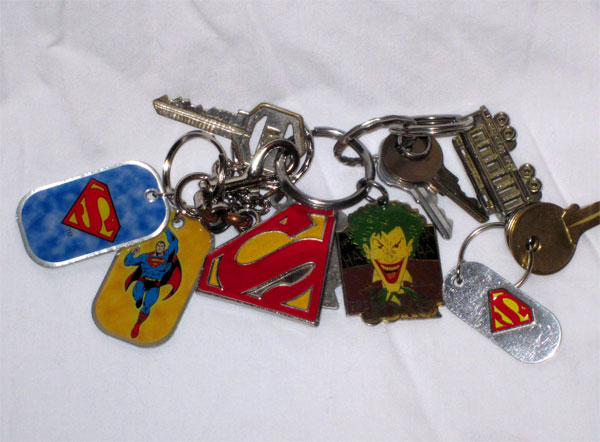 This next keychain is fairly unique.  In June 1994, I attended the Diamond Comics Retailers Convention.  One of the highlighted events was the Fourth Annual Diamond Gem Awards.  This keychain was distributed to all attendees as a neat memento. 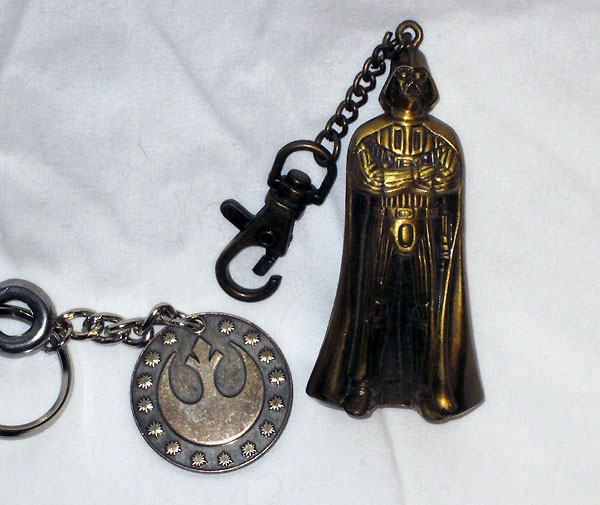 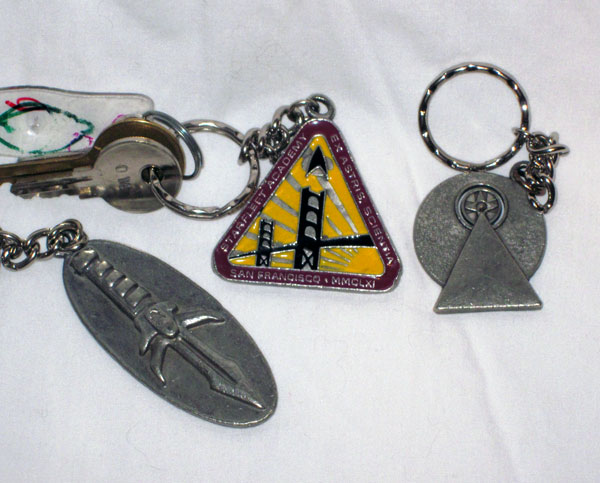 Below are a couple Doctor Who related keychains.  The Seal of Rassilon keychain on the left is erroneously labeled as “Dr. Who Diamond Logo” and was produced by Downpace Ltd.  The TARDIS key on the right is representative of the key used in the 1996 Doctor Who TV movie.  It’s intended for a keychain, however, I’ve been wearing mine on a leather cord around my neck since 1996.  Remember those WWJD bracelets from the 1990s?  The TARDIS key is my version of a WWTDD (What Would the Doctor Do?) reminder. 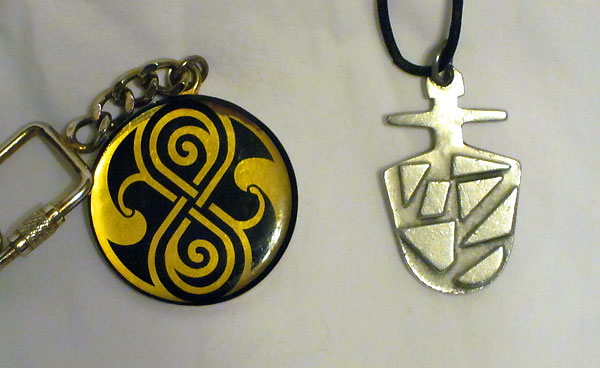