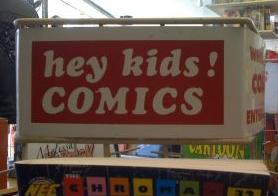 In addition to blogging about comics this past week, I actually read some too! I’ve literally got stacks and stacks of comics I’m behind on reading. I got through over 60 comics and two digest this past week.  For some reason I had a hankerin’ for Marvel, so many of these are Siege and X-related.

Star Wars Adventures Digest – Han Solo and the Hollow Moon of Khorya – This is one of Dark Horse’s all-ages original graphic novels printed in digest form.  This series of digests is best described as the modern day successor to the old Marvel Star Wars issues.  This particular digest focuses on an early mis-adventure of Han and Chewie.  It’s a fun read!  While it’s all ages, it can be enjoyed by an adult.  You get 70+ pages of story for $7.95, so it’s not a bad price by today’s standards.  You might also be able to find it in your local library (like I did).  Finally, it has Hoojibs!  Hooray for HOOJIBS!

Marvel Adventures The Avengers: Mighty Marvels Digest – I picked up this all-ages digest reprinting issues #20-23 from the library.  With so much drama going on in the Avengers lately, I thought it might be fun to pick up a light-hearted Avengers comic.  These issues were written by Marc Sumerak, who writes the fantastic all-ages Power Pack digests from Marvel.  While these weren’t exactly the Avengers I’m used to (i.e. Storm is on the team), they were straight-forward enjoyable stories.  I’d recommend this to any Avengers fan burnt out on the stories in the main Avengers titles.

New Mutants #4-11 – I love me some New Mutants!  The original series is one of my favorites from the 1980s.  I’ve been excited about this relaunched series since it started, but I’ve let the issues stack up unread.  Well, no more!  I needed my fix of Sam, Roberto, Illyana, Amara, Xi’an, and Dani.  I’ve enjoyed these issues for the most part.  They aren’t incredible or necessarily memorable.  However, if you are a fan of the original New Mutants, this is a decent read.  And we got Doug and Warlock back too!  I’ll be sticking with this series.

Dark Reign: Young Avengers #1-5; Siege: Young Avengers – I dig the Young Avengers in general, but some stories are better than others. This Dark Reign limited series was okay.  Interesting idea pairing them up with the equivalent of the Young Masters of Evil.  The Siege issue was completely forgettable.  Seriously.  I read it this week and had to flip through it again just now to remember what happened.  I’m really looking forward to the upcoming Avengers: Children’s Crusade limited series starring the Young Avengers.  It features the return of the original creators, writer Allan Heinberg and artist Jim Cheung.

Siege #3-4 – These were okay.  While I wasn’t thrilled about Loki supercharging the Avengers, it was a nice touch (Loki was the reason the Avengers came together the very first time).  I also enjoyed the happy ending featuring the heroes of the Marvel universe all getting along for the first time in four years.  The broken bonds from Civil War can now begin to heal.  I think the journey from Civil War to Siege was really interesting and I’m impressed that Marvel had the courage to do such a long, status-quo-shattering storyline.  I hear lots of people complain about Brian Michael Bendis’ writing.  For me personally, I don’t typically mind his style.  However, I will freely admit that the dialogue in Siege #4 was pretty bad.  The characters just didn’t read like themselves.  Also, did we really need the gate to Asgard on top of the Avengers tower?  I mean c’mon, we just got rid of Sentry’s ridiculous looking thing, now we gotta have the Asgard Christmas tree topper?  Ugh.  Oh yeah… HOT DAMN!  Sentry is dead!!!

Siege Embedded #3-4 – I picked up this series because it was being written by Brian Reed.  I enjoy his work and I wanted to get the full Siege experience.  I also like the character of Ben Urich.  While there was really nothing wrong with this series, I didn’t enjoy it as much as I enjoyed Civil War: Frontline.  I probably won’t pick up another Frontline/Embedded type series.

New Avengers #63-64 & New Avengers Finale – Good issues. I’ve always been happy with the New Avengers title.  It’s been very different from a traditional Avengers book, but I dug it.  The finale was a good send off for this series.  Looking forward to the relaunch.

Dark Avengers #15-16 – I’m actually sorry to see this series go.  This book is about terrible people posing as Avengers.  I don’t typically like books about people this despicable, but this series just worked.  The final issues were good and I look forward to Mike Deodato’s work on Secret Avengers.

Mighty Avengers #35-36 – Once this title changed to Hank Pym’s team, it just never clicked for me. There were definitely moments that were great, but overall I’m glad it’s over.

Avengers: The Initiative #34-35 – After the first year, this series seemed to struggle to find its footing.  It wasn’t until Dark Reign that it got good again.  While I enjoyed it, I won’t be picking up it’s successor Avengers Academy.

Siege Epilogue: Sentry – Fallen Sun – Even his death couldn’t save this comic from sucking terribly.  Seeing the major heroes of Marvel sit around and say nice things about Sentry was a hard read.  And Rogue? Seriously?

Secret Avengers #1 – A good read and an encouraging start to this series.  Looking forward to it.

Avengers #1 – Another encouraging start.  Kang better come off as awesome and genius in this storyline or I’ll be disappointed.  Also, I could do without the text pieces in the back.  I heard Bendis talk about these text pieces on Word Balloon, but I’m still not interested.

Avengers Assemble – This was a Handbook of the Marvel Universe-type book.  The Phone Ranger… seriously?  It’s characters like this that give Marvel a bad name.  At least most of DC’s ridiculous villains came from the 1950s.  This guy was invented in the 1980s by Kurt Busiek.  Ouch. 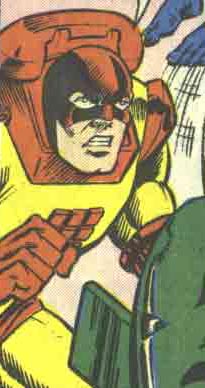 Iron Man/Thor (Free Comic Book Day); Iron Man: Supernova (Free Comic Book Day); Invincible Iron Man #1 (reprint as part of Marvel’s Greatest Comics line) – I picked up three Iron Man comics during Free Comic Book day.  Both Iron Man/Thor and Iron Man: Supernova (guest starring Nova) were somewhat silly.  They would have made good all-ages Marvel Adventures comics.  I was actually disappointed in the Iron Man: Supernova issue because I was looking forward to learning more about Nova.  Unfortunately, Nova was written in such a way that he could have been replaced with any character (or left out entirely).  Seriously.  He didn’t contribute at all.  The reprint of Invincible Iron Man #1 was pretty good.  I can see why Matt Fraction is well-liked on the title.

Breakdown #1-6 – I picked up these issues from a $1 box in my LCS.  They came out in 2004 and were written by the awesome Chuck Dixon.   This was part of a line of books called Aftermath Comics by Devil’s Due.  They were attempting to launch their own shared universe of superhero titles (like Ultraverse or Valiant did in the 1990s).  Other creators working on Aftermath Comics included Marv Wolfman, Joe Casey, and Ron Marz.  This book was promising and I would have enjoyed reading more.  Unfortunately, the line of books didn’t catch on and it was shut down after this six issue series.

Titans #21-22; Justice League: The Rise and Fall Special; Green Arrow #31-32; Justice League: The Rise of Arsenal #1-2 – All of these were written by the up-and-coming J.T. Krul.  A while back, J.T. wrote the really great Blackest Night: Titans mini-series, as well as a few other Titans-related comics.  After reading those, I had really high hopes for him.  Now… I’m not so sure.  These Titans issues were fine, but not great.  The Green Arrow issues were actually kind of boring.  I’m waiting for Krul’s Green Arrow relaunch to make a final determination.  Rise of Arsenal #1 & #2 were okay.  While I was sickened by what happened to Roy’s daughter, I found it interesting to read about how he was coping.  From what I understand, issue #3 (which I haven’t read yet) is the single worst written comic in years.  Wow.  That’s saying a lot.  I’ll give Mr. Krul a couple more months, but I’m out if it doesn’t get dramatically better.

Flash Rebirth #4-6; Flash Secret Files & Origins 2010; Flash #1-2 – I was just glad to be done with Flash: Rebirth.  It took a year to tell this six-issue story.  I understand the artist was suffering heart problems, however, I was just sick of the story due to the hype, the delays, and that it was pushing the focus away from Wally.  I wasn’t looking forward to the monthly series either, imagining that these would be Flash stories that could have starred Wally, but instead the creative staff was shoving Barry down our throats.  I’m pleasantly surprised to report that issue #1 & #2 were very good and were truly Barry stories.  You can’t change out Barry for Wally in these stories without changing the nature of the story.  Nice job, Geoff Johns.  I didn’t think I could enjoy a Barry Allen series, but I am so far.

5 thoughts on “Spent Time Reading Comics This Past Week”