The Final Frontier? No, just the 90s Star Trek CCG

After more than a decade in the attic, we decided to give the old Star Trek: The Next Generation collectible card game a try.  Ed’s in town this weekend (pictured below in his “Nerd Herd” t-shirt from the TV series Chuck) and he decided we should tackle the game again after all these years. After procrastinating for hours, we finally cracked the decks sometime after midnight. Needless to say, this is not a game you can simply jump right into without reviewing the rules closely.  I cleaned Ed’s clock (or Romulan Outpost in this case) and we called it quits after one game.

Below is Ed building his inferior Romulan/Klingon deck. 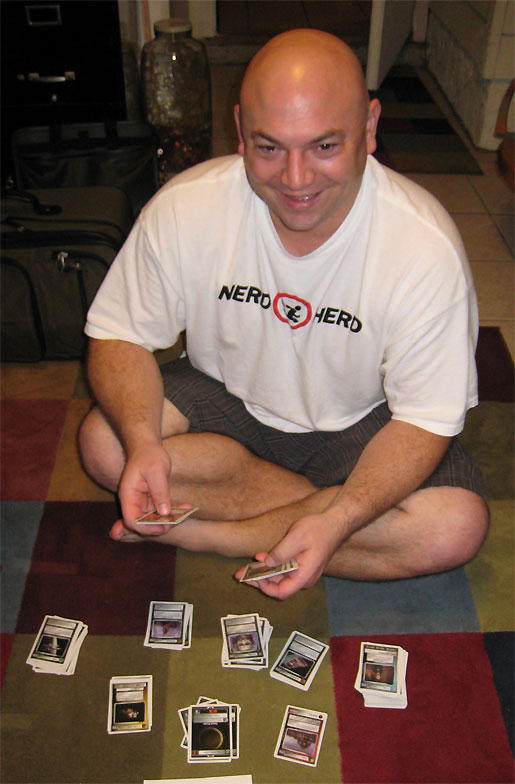 Here I am trying to remember the rules after something like 14 years.  I suppose we could have bothered to read them before playing, but that would have taken all the fun out of it.  And we discovered we’re getting too old to sit on the floor for very long. 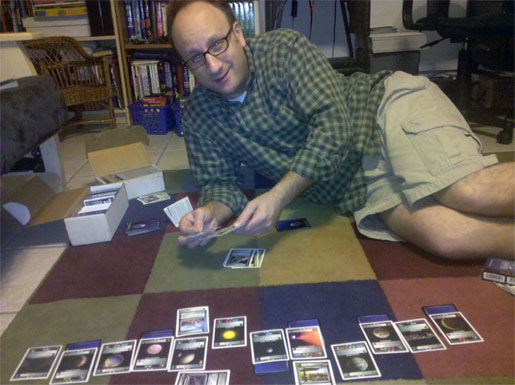 Finally, in going through my old cards we re-affirmed how insanely geeky I really am.  We came across two custom cards I produced myself for the game.   Check them out below.  I color-copied images, then literally cut-and-pasted them together.  Also, it appears I used my old Commodore 64 dot matrix printer for the text boxes.  How frikkin’ hilarious!  I’m such a dork!   As Ed has pointed out, he proclaimed my dorkiness long before these cards were stumbled upon. 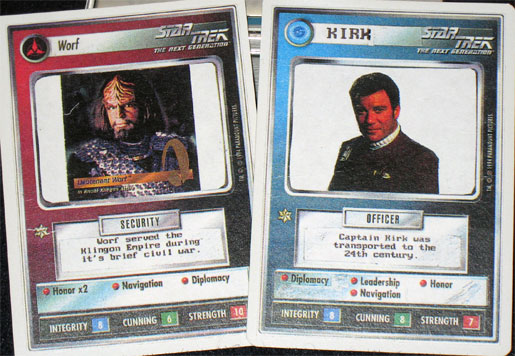 Live long and geek out!

9 thoughts on “The Final Frontier? No, just the 90s Star Trek CCG”