I bought a DC Comics Snuggie?!?!  First off, it’s not really a “Snuggie”, it’s a “Comfy Throw”.  What does that mean?  That means it’s a body-length blanket with sleeves made of fleece material; similar in design to a bathrobe that is worn backwards.  Yeah, I know.  That’s the definition of a “Snuggie”.  This is DC Comics’ off-brand version of a Snuggie. 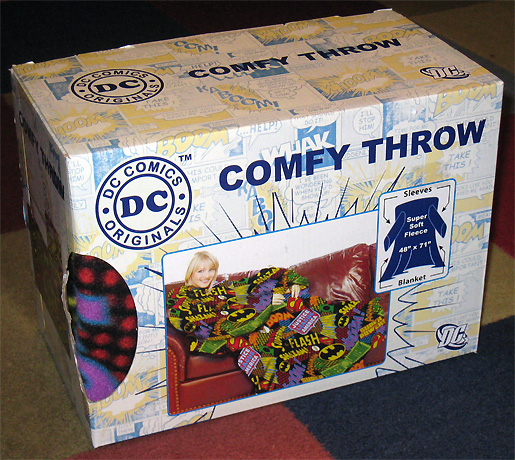 I picked it up at F.Y.E. in Tampa for $10 (originally priced at $20).  The dimensions are 48″ x 71″.  Upon seeing the box (and after finishing rolling her eyes), my wife stated that no woman would be caught dead in that thing, and the only reason a woman is wearing one on the box is because it will help sell the product to geeks.  Y’know what, I think she’s exactly correct!

When I bought it, I never really thought I’d wear it.  However, my Comicatorium (a.k.a. Shag’s Sanctum Sanctorum) is about 10 degrees colder than the rest of the house.  So on cold winter nights this thing could actually come in handy!  In fact, I’m wearing it as I type right now.  It’s currently 32 degrees outside and freakin’ cold in the Comicatorium, but I’m all mosty-toasty in my DC Comics Snuggie.

Here is a sample of the pattern featuring: Superman, Batman, Aquaman, Green Lantern, Shazam, Justice League of America, and the Super Powers logo. 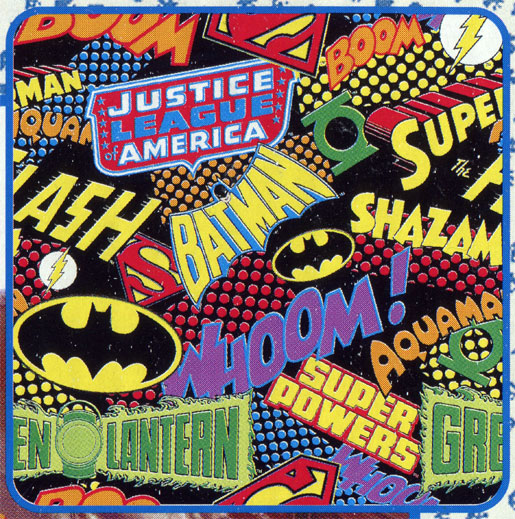 Finally, proof positive that I have no sense of shame. 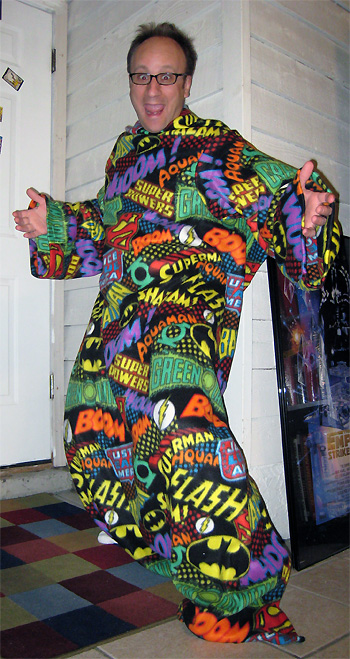