Don’t know how I missed this, but a new Star Trek: New Frontier novel by Peter David was released back in April.  I picked it up this weekend and can’t wait to read it!  The new book is called Treason and has been published in oversized softcover format, sometimes called trade paperback format (not to be confused with the comic book format with the same name).

If you aren’t familiar with the Star Trek New Frontier line, then you don’t know what you are missing.  The idea behind it was to create a Star Trek book series with its own continuity and not one that is purely a reaction to the television shows. Peter David is the co-creator of the series and has been the author of nearly every story. There have been 17 novels, multiple crossovers, several short stories, and two comic books in the series.  New Frontier centers on the adventures of Captain Mackenzie Calhoun and his crew aboard the U.S.S. Excalibur.  The stories are full of action, humor, solid characterization, and minor characters from Star Trek’s 40 year history.  You should definitely check them out. 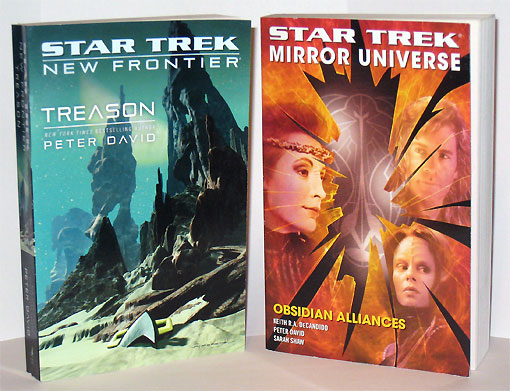 Finally, this weekend I also stumbled across my Captain Mackenzie Calhoun action figure that had been put away in a box.  This 4.5 inch figure was produced by Playmates Toys back in September 1998 as a special mail-away figure.  They advertised it in the back of several Star Trek novels and the figure was only available via mail order through the Star Trek Communicator fan club magazine.  There were approximately 10,000 of these figures produced. To be honest, the figure doesn’t really look that good, but it is fully articulated and comes with the sword Calhoun used when fighting for Xenexian freedom. They attempted to make the figure highly-detailed, right down to Calhoun’s purple eyes and the scar on his cheek. Unfortunately, it just didn’t come out that great.  Still, it’s kind of nice to have a figure of this lesser-known Star Trek badass. 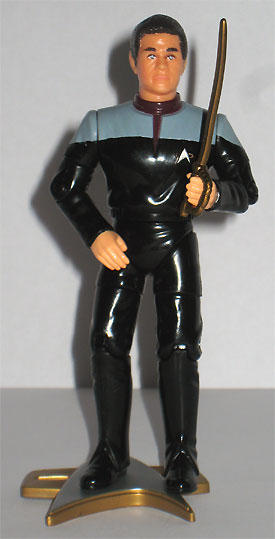 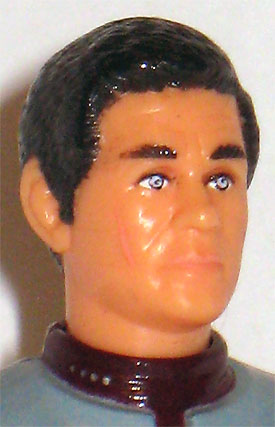