Tomorrow the Visitors arrive and they’re here to stay… again.  On Tuesday at 8:00pm the Visitors of “V” once again grace our screens after a 24 year absence. Long time readers of ONCE UPON A GEEK may remember that I’m a big fan of the 1980s phenom “V” (click here for other “V” related posts), so I’m pretty interested in this new series.  Check out the sneak peek below.

Looks pretty cool, right?  Good news is that early reviews of the pilot have been positive.  You can also view the first 8 minutes of the new pilot over at io9.  If that’s not enough Visitor action for you, check out ABC’s official site for the show.

If you’re jonesing for some classic “V” action, here are some memory joggers for you:

Recap of the original mini-series that ran in front of V: The Final Battle (greatest voice over guy EVER!) 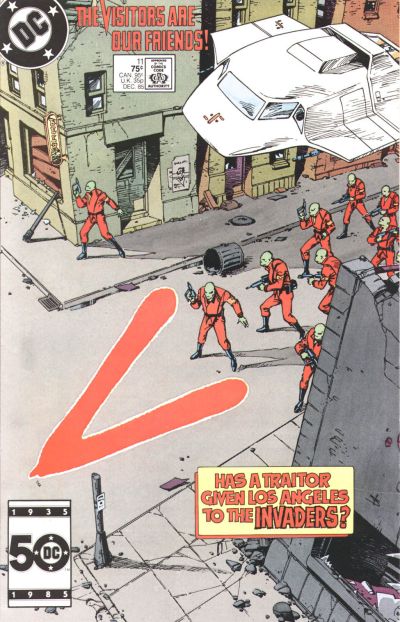 V: The Video Game (in all fairness, I had never heard of this until today) 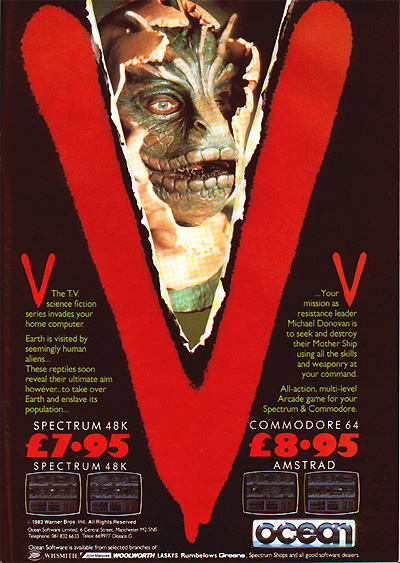 Worth noting is that Kenneth Johnson, the writer-producer-director of the original “V” mini-series, is not involved in this new “V” television series.  In fact, he’s hoping to produce his own theatrical movie that continues his original story.  He wrote a novel fairly recently entitled V: The Second Generation that follows a similar premise.  You can read my review of the book by clicking here.

This isn’t the first time a relaunch of “V” has been attempted. Back in 1989 Warner Brothers commissioned J. Michael Straczynski (who would later go on to create Babylon 5, and write several successful comic books) to write a pilot screenplay for a proposed new series, tentatively titled V: The Next Chapter, that would have continued the “V” storyline. Picking up five years after the end of the NBC series, it would have followed the efforts of a new Resistance movement on a conquered Earth to make contact with the “Outsiders”, the faction of the Visitors’ own people who oppose their Leader, who had finally responded to a summons put out at the end of the original miniseries. The only character from the older “V” to appear in this script was Ham Tyler. After numerous drafts, the script, entitled “The Rebirth”, was finally abandoned when the studio decided it would be too cost-prohibitive to produce. You can find the first three acts of that script here.

Remake attempt after remake attempt.  Well… ABC gets the first shot and I’m really looking forward to it.

11 thoughts on “The Visitors Arrive Tomorrow”